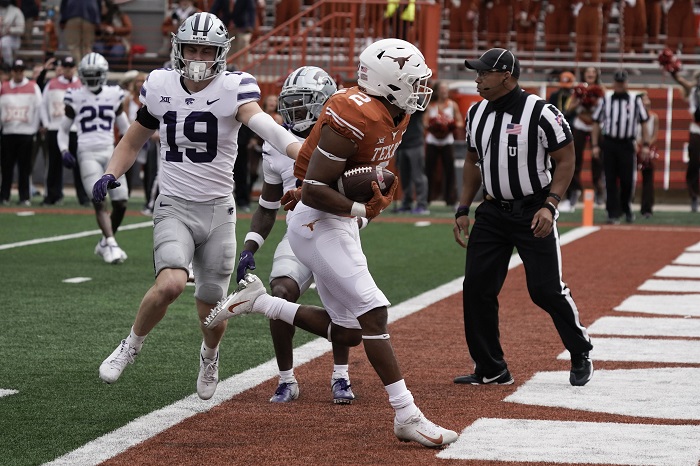 The Kansas State vs. Texas game set for Saturday, November 5th has been announced for a 6:00 p.m. CST kick off in Manhattan.

Texas is on a bye week for Week 9, while Kansas State dominated Oklahoma State 48-0 on Saturday afternoon at home. The Wildcats did it all without starting quarterback Adrian Martinez, who is still dealing with an injury suffered at TCU, but back up Will Howard finished the game going 21/37 for 296 yards and four touchdowns. Kansas State is now 4-1 in Big 12 play, while Texas is tied for third place at 3-2 in league play.

The winner of this game will be in a strong position to end up in Arlington for the Big 12 Championship Game set for Saturday, December 3rd.

The Longhorns own an all-time record of 12-10 against the Wildcats, including an 3-7 mark when the teams meet in Manhattan with UT winning the last two meetings. Texas won last season’s game in Austin, 22-17, behind a 31-carry, 179-yard performance by Roschon Johnson.