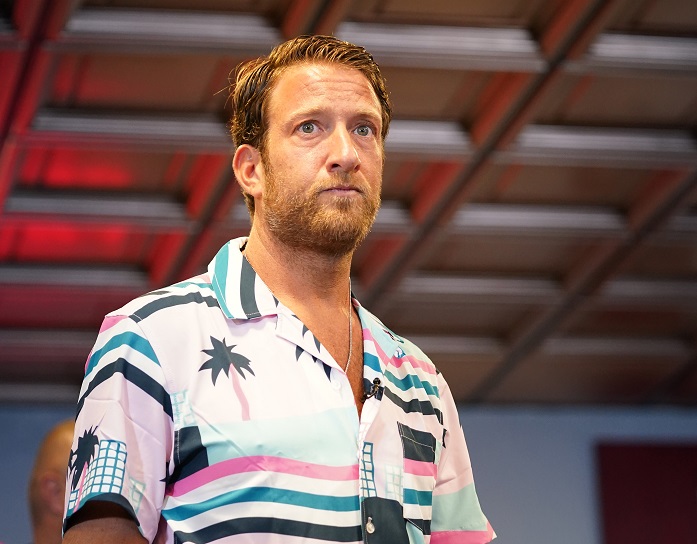 The West Virginia Mountaineers were hosting the undefeated TCU Horned Frogs as 7.5-point underdogs on Saturday.

And while WVU was unlikely to win the game, the Mountaineers looked like they were cruising to a cover in the final minute of play. TCU led 34-31 with 20 second remaining facing a 4th and 1 at the WVU 29-yard line. TCU decided to go for it on the 4th down, forced an offsides, and that meant a free play, and then Max Duggan decided to throw a jump ball to Savion Williams and it was Williams who came down with the ball in the end zone, giving TCU a 40-31 lead before the extra point.

TCU won the game 41-31. It was the definition of a bad beat for those who had money on the Mountaineers to cover the spread. It also cost Vegas a lot of money, as TCU was the third-most bet favorite of the week in college football.

Take a look at his reaction to the TCU touchdown.

Now considering I was on the other side, riding TCU -7 in my Week 9 Big 12 football picks, I’m not going to apologize. But I can admit that one stings.

Did I mention my picks went 3-1 and are 9-3 the last three weeks?! Maybe Portnoy needs to be reading our Big 12 picks against the spread each Friday. We won’t lead him down the wrong path!