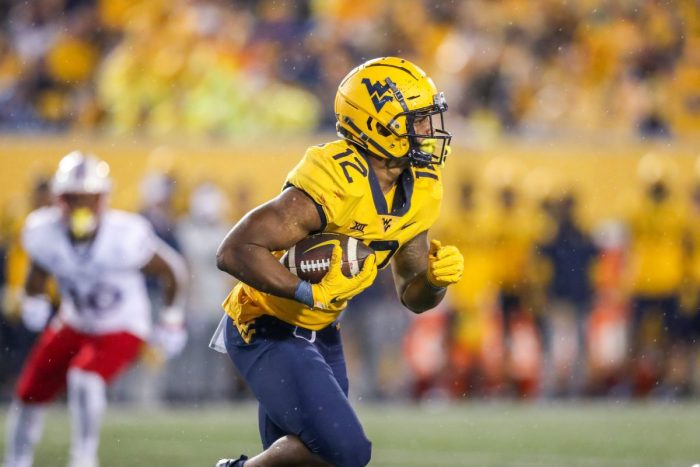 West Virginia freshman running back CJ Donaldson will miss the remainder of the 2022 after undergoing surgery to repair an injury sustained in Saturday’s 41-31 loss to TCU.

West Virginia head coach Neal Brown announced Tuesday that Donaldson had surgery on Monday to repair an undisclosed injury that will keep him out for the remainder of the year.

“CJ Donaldson will not play,” said Brown. “He’s gonna miss the rest of the season. He’ll be out. Surgery yesterday. Not a knee. Not something that will keep him out a real long time…”

Saturday’s game against TCU was the first start of Donaldson’s career, and he performed well before exiting the game, turning 19 carries into 104 yards (5.5 ypc) and two scores. Donaldson leads all Mountaineer running backs in rushing yards (526) rushing yards per attempt (6.0) and rushing touchdowns (8).

The next leading rusher on the year would be quarterback Garrett Greene, who has eight carries for 66 yards. That is not an ideal situation in the West Virginia backfield, especially since they are heading to Iowa State to play a defense that allows just 114.9 yards per game on the ground.

West Virginia and Iowa State will kickoff at 2:30 p.m. on ESPN+, with Iowa State currently favored by seven points.