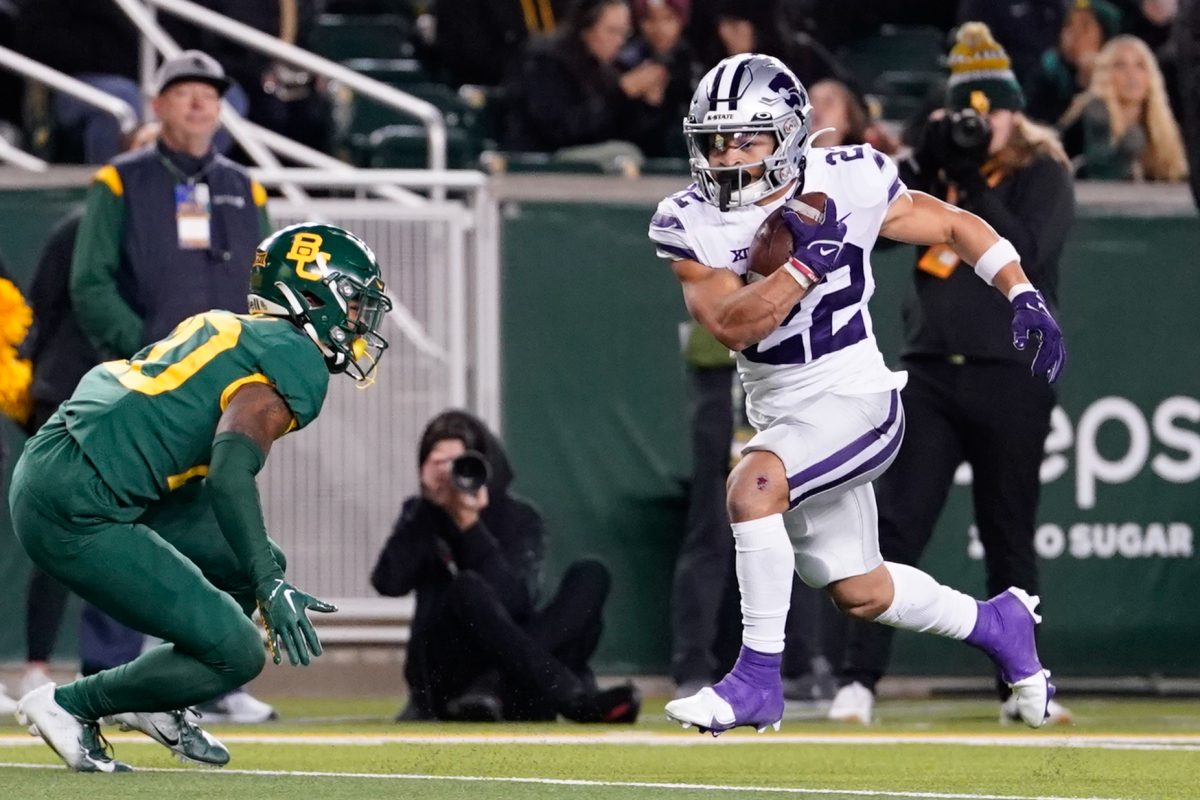 Another Saturday is here as we have a full slate of Big 12 football. The race for the conference title continues as there are just three games left in the regular season.

As teams start to separate themselves from the rest of the pack, each game becomes more important. Entering this weekend, there were three teams with a 4-2 record in conference play. Two of those teams played on Saturday night as Baylor hosted Kansas State.

It was a night game in McLane Stadium and the stakes couldn’t haven been higher. The winner would keep their conference title hopes alive while the loser falls behind. In what should have been a great game ended up being a complete blowout as Kansas State won 31-3. Here are my three thoughts on the game.

1. Will Howard Was Incredible

Adrian Martinez got the start on Saturday night and ended up getting inured in the first quarter on their second drive of the game. With Martinez out, it was up to Will Howard to step in and he delivered. Howard has played in a few games this season and has done an excellent job filling in, but he took it to another level against Baylor. Will finished the game with 196 passing yards and three touchdowns. He was efficient and didn’t make any mistakes which is big when you are on the road. This may not be a popular opinion but to me this Kansas State team is better with Will Howard at quarterback. It is going to be interesting to see how the staff handles this, but I believe that Howard should be the guy moving forward.

The setting in Waco was perfect for a game this big. It was a night game, and it was a blackout inside the stadium. The crowd showed up but unfortunately the home team didn’t show up. The problem was that Baylor’s offense was non-existent for four quarters. Quarterback Blake Shapen struggled going 22/38 for 203 yards and two interceptions. Also, the run game wasn’t working, and they couldn’t try to run the ball a whole lot as the game went on because they got so far behind on the scoreboard. I know Shapen didn’t do himself any favors, but this offense doesn’t have a true number one receiver like they have had in years past. They don’t have a Denzel Mims or Tyquan Thornton that can take a game over.

Defensively, I am not going to point many fingers. They could have played a lot better, but the offense did absolutely nothing to help them out on Saturday night. It’s not easy trying to slow down Deuce Vaughn and Will Howard for four quarters. This Baylor team I watched against Kansas State was a completely different team than the one I saw over the last three games before this. It’s not often I am this disappointed in a Dave Aranda coached team, but they got beat in every phase of the game against Kansas State. From coaching to the play on the field, Kansas State dominated Baylor.

With Baylor losing their third game in conference play, they are basically done when it comes to the title picture. As for Kansas State, this was a huge win for them. They move to 5-2 in Big 12 play and are still in the hunt for a conference crown. After Saturday’s games, Kansas State is in second place behind TCU. All the Wildcats have to do is win their final two games against West Virginia and Kansas and they are in. If they do that then they will be playing TCU who just clinched a spot in the championship game after their win against Texas.