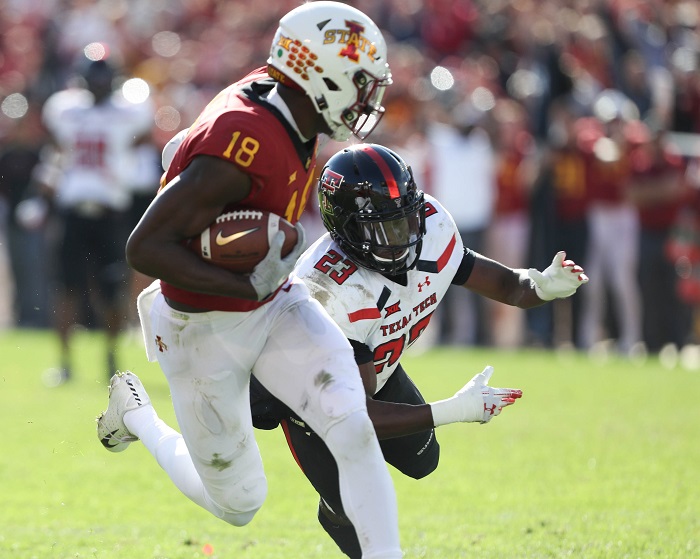 The conversation is continuing as to why the Cyclones can’t get over the hump in these one-score losses, but former Iowa State wide receiver Hakeem Butler believes the team looks soft sometimes. He posted on Twitter after the loss: “I’m sick of seeing our boys step out of bounds too. Step to contact finish the play going forward always. We look soft sometimes.”

The Cyclones have a ton of young guys who are starting for the first time in their careers. Might that play a factor? Who knows?

While Iowa State continues to come up just short and won’t be going to a bowl game this season since they have seven losses, they can end this season on a memorable note as they take on undefeated TCU on Saturday. The Horned Frogs are two wins away from becoming the first Big 12 team not named Oklahoma to make the College Football Playoff.