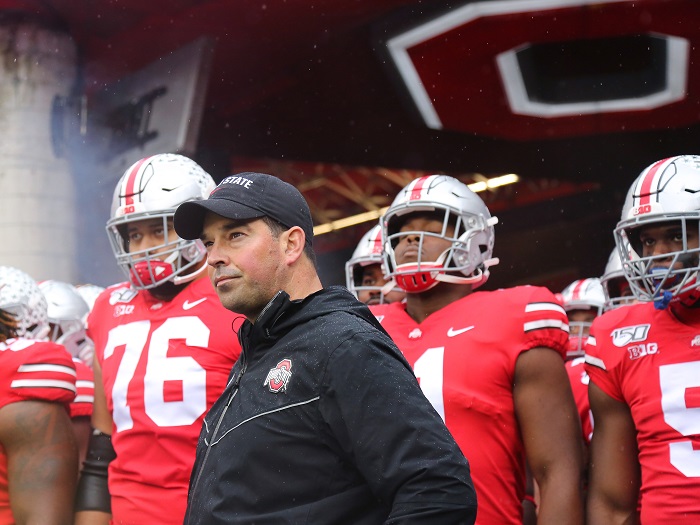 According to ESPN, Ohio State has an 88% chance to make the College Football Playoff, trailing only Georgia (99%) and Michigan (97%), while TCU is sitting at 83%.

There’s a big drop off after that as Alabama is given a 14% chance and USC a 12% chance to make the Field of Four.

Can you explain this one? Because I sure can’t.

Even if the case here is that TCU has to go play a game against K-State in the Big 12 Championship, while Ohio State is sitting at home on the couch, that still doesn’t explain how Ohio State’s chances are higher than TCU’s, especially considering USC has a chance to be a one-loss conference champion out of the Pac-12 if they can beat Utah on Friday night.

And let’s not forget what the committee said eight years ago when it kept TCU out of the College Football Playoff. The committee insisted the reason Ohio State got in over a TCU or Baylor was because conference championships matter.

Of course, that narrative has since fallen by the wayside when the committee finds it convenient for an SEC team, but I digress.

There’s a strong case I would make that TCU losing to what could be a Top 10 K-State team (post-Tuesday rankings) in a close game on Saturday at a neutral site will be a better loss than Ohio State getting embarrassed on its home field by Michigan.

The fact that TCU (or any Big 12 team not named Oklahoma or Texas) gets treated like a Group of 5 school that needs to run the table to make the playoff is a joke.

And kudos to ESPN’s Rece Davis for pointing that out to one fan on Twitter on Sunday.

No matter what, the four-team Playoff, along with the selection committee is a failure, but we will wait to see how this weekend plays out to determine just how big of a failure it really is.