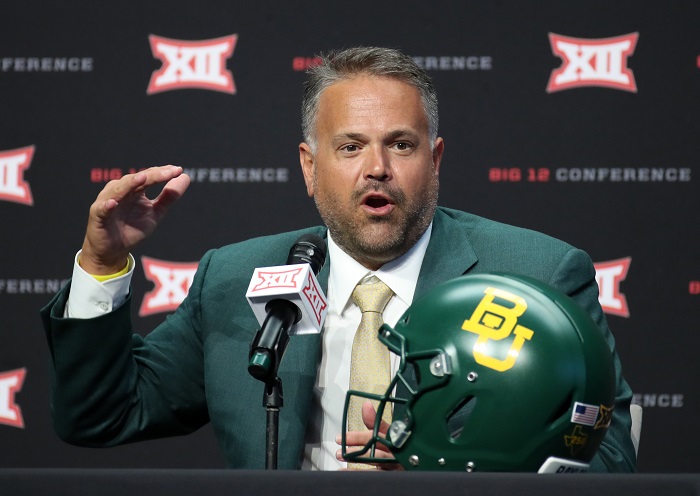 Nebraska has been searching for a new football coach since firing Scott Frost early in the season. And on Saturday, the Huskers made it official landing former Carolina Panthers head coach Matt Rhule to try and rebuild the program in Lincoln.

Rhule’s contract is for eight years and $72 million. This deal offsets the vast majority of the $34 million the Carolina Panthers still owed him.

Matt Rhule was fired by the Carolina Panthers after a 1-4 start to this season in his third season on the job. In two-plus seasons, Rhule was 11-27 (.289) and just never got things rolling in the National Football League. Despite his NFL struggles, Rhule proved himself in the college ranks, most recently in rebuilding the Baylor Bears into Big 12 Championship contenders. He took them from a one-win program in 2017 to an 11-win program in 2019, where they made the Big 12 Title game before losing to Oklahoma in overtime.

In Rhule’s first year at Temple, the Owls were 2-10, but in his final year Temple went 10-3 and won the AAC. His overall record between Temple and Baylor was 47-43, but he has proven his ability to take over programs and get them to the top quickly.

Nebraska will be a total rebuilding job for Rhule, if he ends up with the job. The Huskers have six-straight losing seasons and wrapped up this season with a 4-8 record, although they did end the season with a 24-17 upset over Iowa on Saturday.