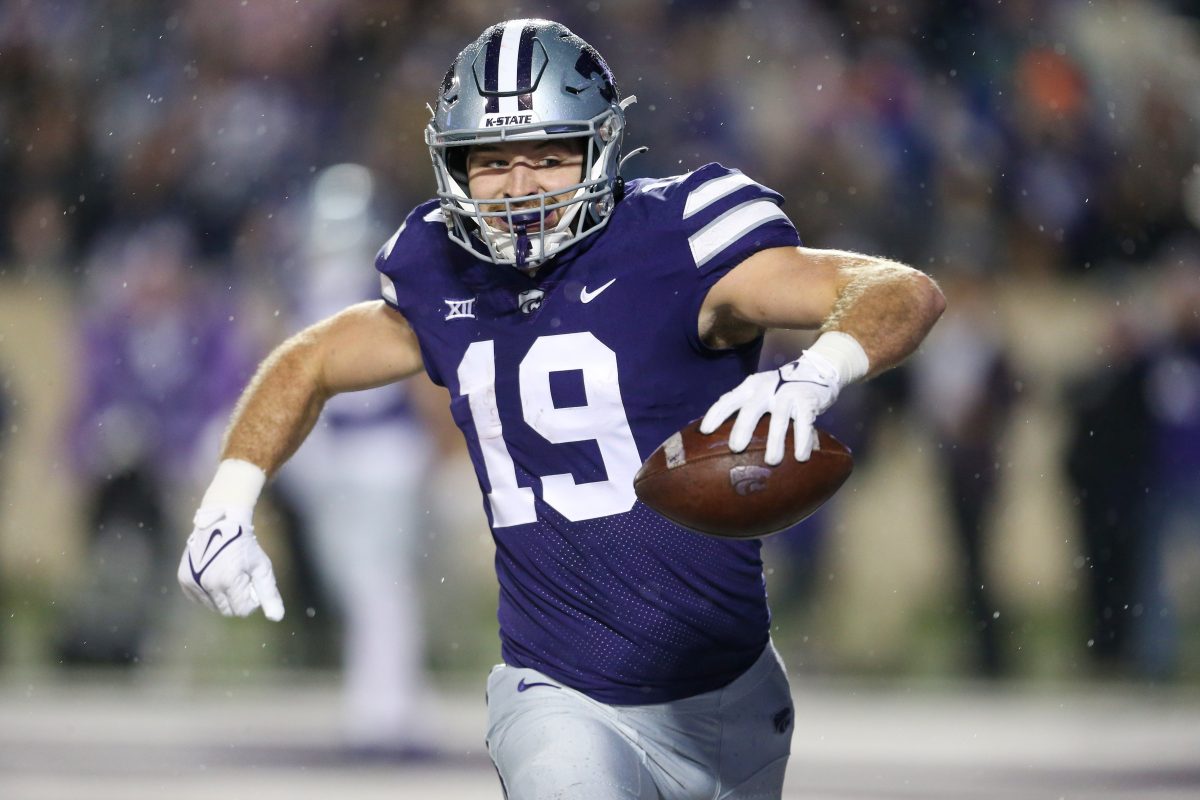 The final week of the regular season is here and despite there being just one game left, there is still plenty on the line. TCU punched their ticket to Arlington two weeks ago but there were two teams still fighting for the second spot in the Big 12 title game.

Texas took care of business against Baylor on Friday, but they didn’t control their own destiny. Meanwhile, all Kansas State needed to do was beat in-state rival Kansas to clinch a trip to Jerry World. On this cold and rainy night, the Wildcats came out on top in a big 47-27 victory. Here are my three thoughts from the game.

1. The Deuce Was Loose

Over the last few weeks, Will Howard has been the star of the Kansas State offense. We all know how talented Deuce Vaughn is as he is one of the best running backs in the entire country, but Will has been the one stealing the headlines. Against Kansas on Saturday night, Deuce Vaughn reminded the college football world just how good he is. Deuce rushed for 147 yards and a score while adding 82 receiving yards. Not only did he lead the team in rushing yards but in receiving yards as well. This man can do it all and he showed that in the Sunflower Showdown. When his team needed a play, Deuce was there to make it.

2. Kansas Had Too Many Mistakes

From the very start of this game, Kansas put themselves in a bad spot. The muffed punt helped Kansas State get their first score of the game and then a safety put Kansas down 16-7 in the first quarter. In the first fifteen minutes, Kansas was already down 23-7 and had to play catchup all game long. While the offense was able to find success, the defense had trouble getting off the field as Kansas State converted seven of their thirteen third down attempts and even converted a fourth down as well. There were plenty of opportunities in this game for the Jayhawks, but they failed to make the plays necessary to win the game.

There was only one team left who controlled their own destiny in the Big 12 title race. TCU was clinched a few weeks ago but Kansas State also was in the driver’s seat to clinch a spot in Arlington. The Wildcats needed to win their final three games to punch their ticket and they did just that with wins over Baylor, West Virginia, and Kansas. Not only did they win each game, but they did it in impressive fashion as they won all three games by at least 17 points. I have been saying this for a while now, but this is an extremely good football team who is playing at a high level right now. TCU may be the favorite to win the Big 12 championship game, but this Kansas State team is more than capable of knocking them off. It’s going to be a fun one in Jerry World next Saturday so buckle up folks.

The 2023 Big 12 football schedule was (finally) released yesterday! In general, I like how it lays out for K-State. Some are...