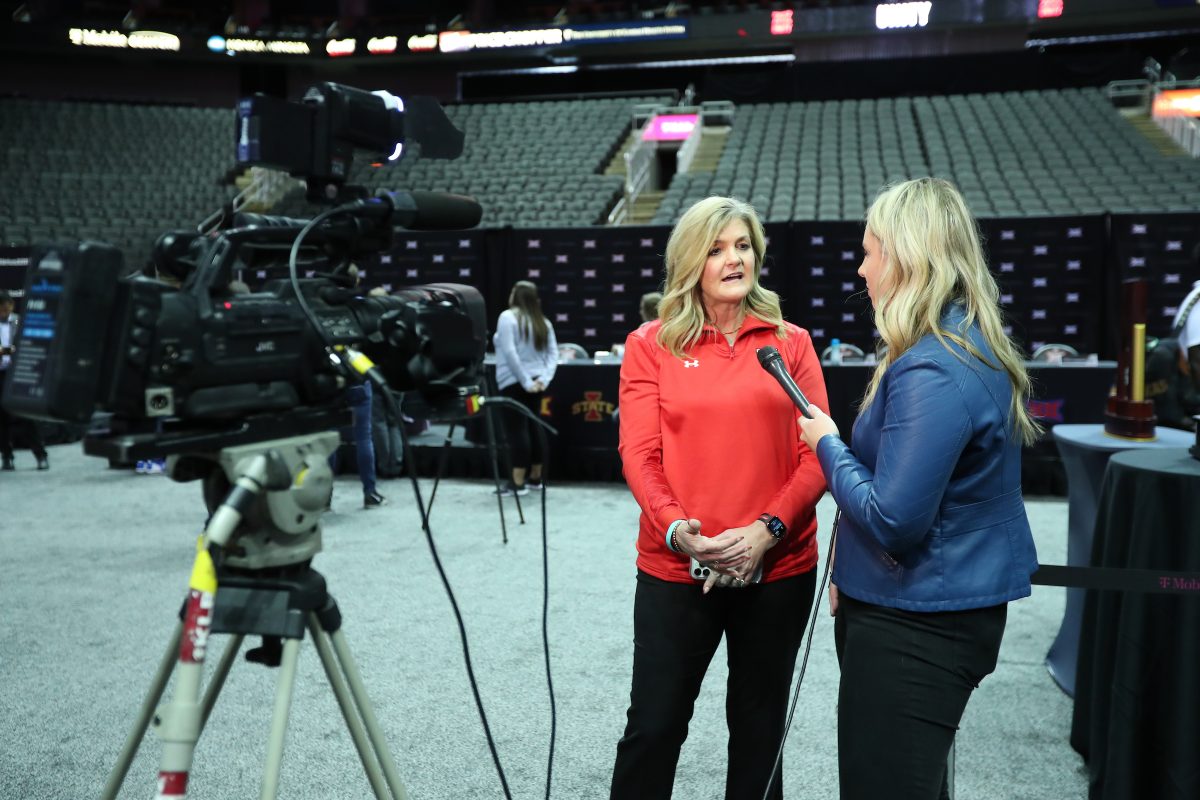 Gerlich’s Lady Raiders were one of 10 teams that participated in the women’s portion of the Invitational, which made headlines for many of the wrong reasons last weekend.

The women’s portion of the tournament was hosted in a hotel ballroom in the Mirage Hotel. There were no bleachers for fans, as they had to either stand or find a portable seat. Some coaches spoke to ESPN about the experience, including Indiana’s Teri Moren, who said that the set-up of the tournament was not as promised.

Perhaps most troubling was the near-hour wait that Auburn’s Kharyssa Richardson waited for medical attention because there was no ambulance or paramedics on site for the event.

Contrast all of that with the men’s portion of the invitational, which was held at the 7,200-seat Orleans Arena.

“It was a little discouraging because it wasn’t what we were presented,” Gerlich said. “I don’t think that it was unsafe, except that they didn’t have emergency people there or present to help us. But the court itself was safe. I think the idea and the concept was good, which is why we signed up to do that. But they just didn’t follow through with several things. That was frustrating from a coach’s point of view because we want to give our kids a great experience, along with our fans. We had several fans who traveled and they didn’t’ have great accommodations for them as far as seating and things like that. It’s just frustrating that people don’t take more pride in presenting the product. As coaches we take a lot of pride in the product we present on the floor. At an event, you really want it to be top-notch, not only for current people but for the future, for the next group that wants to go to Vegas and participate in that tournament.”

Gerlich and her Lady Raiders won both of their games in Las Vegas and are preparing to host Alabama State on Thursday. The Lady Raiders are at home for the rest of December, a stretch that concludes with the Big 12 opener against Iowa State on Dec. 31.