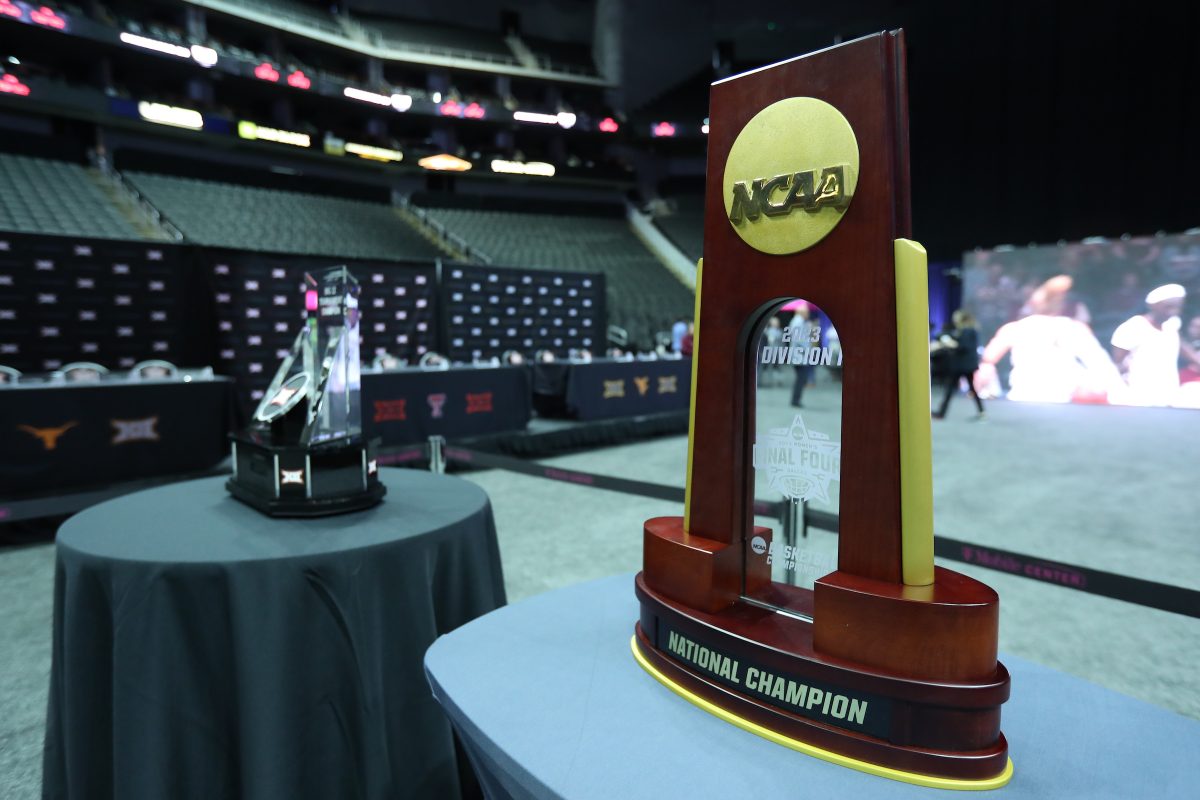 Big 12 commissioner Brett Yormark made it a point to talk about the league doing more to support women’s athletics during media days in Kansas City last month.

He talked about this in terms of the new television contract that the Big 12 just agreed to with both ESPN and FOX.

“I think it’s critically important,” Yormark said of elevating women’s athletics. “And when we’re sitting down with ESPN and Fox, we’re making it known that we want to amplify and elevate women’s sports in every way possible. Would I love to see primetime basketball for women? Of course I would. Am I discussing that? Absolutely. So yes, we want everyone on an even playing field to the best possible way we can and at a conference level we’re committed to it.”

Hopefully, Yormark was paying attention to the Las Vegas Invitational this past weekend. No, not the men’s portion of the event. But the women’s portion, which was held in a ballroom at the Mirage Hotel.

One of his Big 12 programs — Texas Tech — was relegated to a hotel ballroom. And there are receipts.

And here’s proof of Texas Tech playing in said ballroom.

It wasn’t just Texas Tech either. That aforementioned Big Ten team in the earlier tweet? That was Top-10 ranked Indiana, which played Auburn.

There were no bleachers for this event. As you could see in the first photo, there were people either sitting in cheap conference room chairs or just standing around.

ESPN’s M.A. Voepel wrote about the tournament on Sunday, quoting Indiana’s coach, Teri Moren, who said they were promised a set-up similar to the one used for the Athletes Unlimited Women’s Pro Basketball League. Stadium’s Jeff Goodman had a photo of that setup on Twitter.

Even worse, there were two major injuries during the event. One, suffered by Auburn’s Kharyssa Richardson, required a delay of an hour, but not because of the injury itself. It’s because there was no paramedic on hand. Game officials had to wait 40 minutes for one to show up. Practically every conference has a requirement that paramedics be on hand for all home games.

Iowa State’s women’s basketball analyst, Jamie Steyer Johnson, was having none of it.

Meanwhile, the men played in Orleans Arena, which is by no means an opulent arena. But AT LEAST it’s an arena. It seats 7,400.

This is not elevation of the women’s game in any way. It’s relegation, plain and simple. Moren’s disappointment was palpable.

“What was disappointing was the aesthetics; it’s not a fan-friendly environment,” Moren told ESPN. “As women’s basketball coaches, we’re trying to move our game forward. It felt like because [this] got so many ticks on social, that we had taken a couple steps backward. We have an obligation to grow our game, and we completely missed on this opportunity because you have a lot of really good teams that are here. I see all these other tournaments going on and footage of that, but this was a major miss.”

Tournament officials have apologized. But this never should have happened in the first place.

Moren made the point that women’s teams have played in ballrooms before. I’m pretty sure that’s what Oklahoma State was playing in during its tournament in Cancun this past week. Notice the difference in the background?

Broadcasting was another issue, too. Many of the Big 12 women’s teams that were playing in MTE’s (or multi-team events) or full tournaments were in great destinations like the Cayman Islands, Cancun and South Florida. If you were expecting to see those games on Big 12 Now, which is run by ESPN+ and has a partnership with the Big 12, well the truth is you had to spend more money for a weekend on FloHoops than you would for two months on Big 12 Now/ESPN+ just to watch.

But at least Baylor played in an actual arena, one that I’ve covered more than a few games at in Estero, Fla.

Now, this is where a certain part of the audience comes after me with the same tired arguments. The men draw better, the men get better ratings, and the women have to ‘earn’ the coverage, yada, yada, yada. Big Ten Network’s Meghan McKeown likened it to “the notion that women should be grateful to have crumbs.”

But, if you need something you can connect to as a human being, picture this:

Your daughter, your girlfriend, or your sister is playing for Texas Tech and you go to Las Vegas for something that bills itself as an invitational. You get there and you find your daughter is playing in a hotel ballroom where you have few places to sit while the men are playing in an arena.

Look me in the eye and tell me you’re not pissed about that?

The first NCAA Tournaments after the pandemic shined a light on the inequity between the men’s game and the women’s game, from the number of teams to the weight rooms to the goodie bags. The 2022 Women’s Tournament adopted the First Four for the first time. The women’s tournament is getting better ratings than ever before. This year they’re even experimenting with two locations for the Sweet 16 to generate larger crowds and more interest.

But watching Texas Tech play in a hotel ballroom, frankly, ticked me off as a basketball fan. The Lady Raiders play in one of the best arenas in the Big 12. I get that it’s hard to find games in non-conference. That’s part of what these tournaments provide, that chance to get two or three games in a short amount of time.

But in a city where there are multiple arenas like Las Vegas, surely one could have been provided?

This is an area where, in my opinion, Yormark can help, if he’s willing to back up his words. As a conference commissioner, he doesn’t control non-conference tournaments. But if he was watching carefully last weekend, he could clearly see the differences. He could find most of the men’s games on one network. He had to hunt for most of the women’s games.

If Yormark is interested in a full partnership with his new TV partners, if he truly is interested in ways to “amplify and elevate” women’s sports, there is a clear avenue to do it while also satisfying another of his goals for the conference — driving more revenue.

Yormark could, with help from his TV partners and other conferences, create a non-conference tournament run by the league and does what Yormark suggested in October — “amplify and elevate.” Put it in a solid arena, invite eight quality teams (or more) and get your TV partners, ESPN (or FOX) to broadcast the whole thing. His women’s teams get exposure and his conference, along with his partners, get revenue. He wants to create more tentpole events? He wants to create more exposure? Why not do it in a way where you control everything?

I hope Yormark was watching last weekend. I hope he saw the reaction to what happened in Las Vegas. And I hope something comes of it. The Big 12 has some of the best women’s basketball in the country and it deserves a much better showcase than it got last weekend, not just in Las Vegas, but across the board.

It’s Yormark’s job to ensure his conference gets that showcase. The coming months will show whether he can deliver.