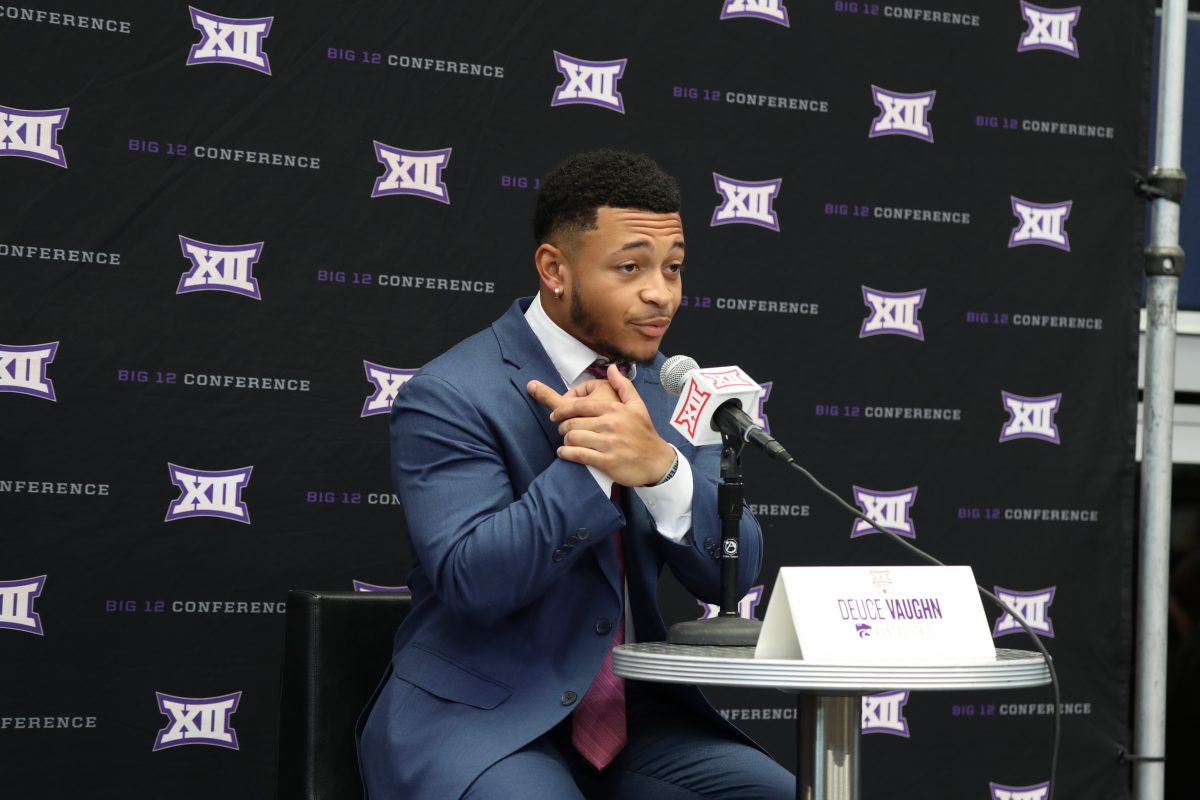 The Deuce is loose on the streets of Manhattan sporting his brand-new Porsche Cayenne, thanks to his new NIL deal. During his time at K-State, Deuce Vaughn has quickly become a ring-of-honor caliber player for the Wildcats and now, after securing an illustrious deal with Robbins Motor Company, Vaughn has the wheels to prove it.

Seen below rocking K-State gear and throwing up the powercat, Deuce Vaughn poses in front of his brand-new white Porsche Cayenne.

For Vaughn, the announcement comes just days before the Wildcat’s game with the TCU Horned Frogs for the title of Big 12 Champions. Vaughn’s influence this season has helped the cats to a 9-3 overall record, with a clear path to the Sugar Bowl in New Orleans. This season, Deuce Vaugh has rushed for 1,295 yards on 245 carries (5.3 YPC), while adding seven touchdowns in the ground game, and another three receiving.

Vaughn is approaching a major decision in the next few months regarding the possibility of declaring for the NFL draft or remaining at K-State for his senior season. While it is tough to speculate right now where Vaughn’s head is at, I imagine that depending on the outcome of the Big 12 championship game, Deuce’s decision will become much more clear.