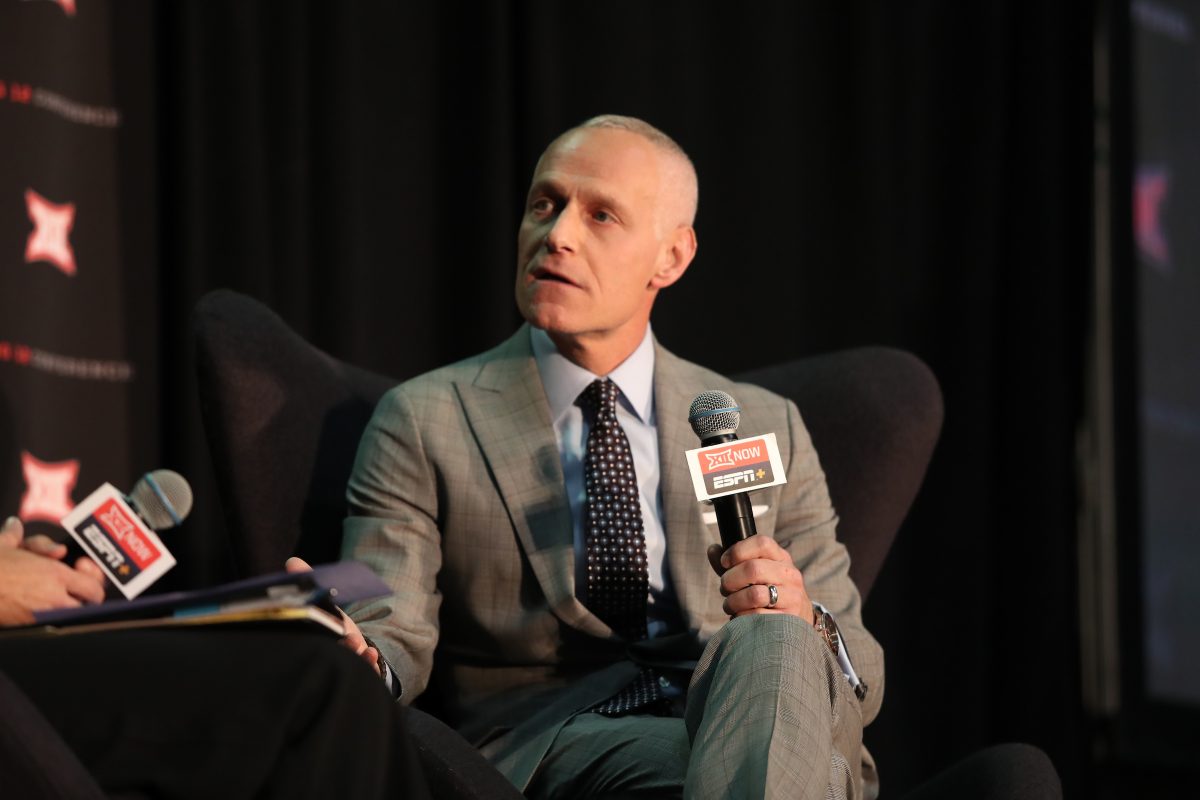 ARLINGTON, Texas — Big 12 commissioner Brett Yormark believes that the TCU Horned Frogs belong in the College Football Playoff, regardless of what happens in the championship game against Kansas State.

Yormark spoke to the media briefly before Saturday’s title game between the Horned Frogs (12-0) and Kansas State (9-3) at AT&T Stadium. This week marks 120 days on the job for the new commissioner

The Horned Frogs are ranked No. 3 in the most recent CFP rankings. A win on Saturday would give the Horned Frogs a 13-0 season, a Big 12 crown and a locked-in spot in the Playoff on New Year’s Eve.

But even if Kansas State upsets TCU, Yormark doesn’t have any question about the Horned Frogs’ credentials for the playoff, even with a loss.

“I think so,” Yormark said. “I mean you look at their strength of schedule. You think about how they’ve performed all year long. Obviously, you know the best way to get in is to take care of business today. But I think regardless they should be in for sure.”

TCU last won a Big 12 championship in 2014, when it went 11-1 in the regular season and shared the title with Baylor. The Big 12 didn’t have a championship game at that time. The Horned Frogs were ranked No. 3 in the penultimate CFP rankings. But, after blowing out Iowa State at home, the Horned Frogs dropped from No. 3 to No. 6 in the final rankings, with Ohio State taking their place. The Buckeyes went on to win the national championship.