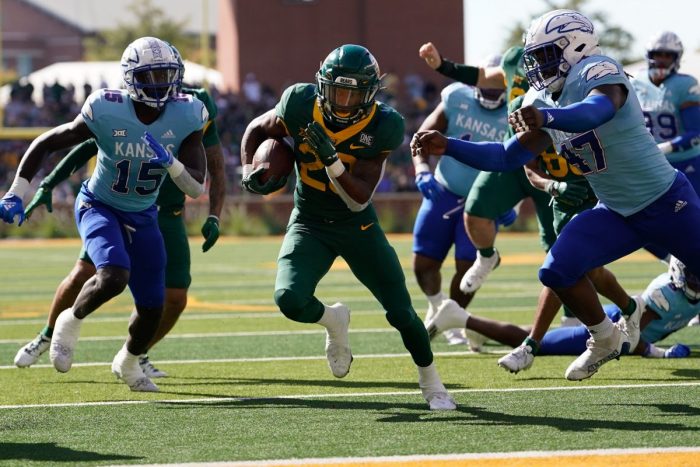 The Baylor Bears are headed to the Armed Forces Bowl later this month to take on the Air Force Falcons, according to the Action Network’s Brett McMurphy.

Baylor is coming off a 6-6 season in which it fell below expectations, one season after going 12-2 and winning the Big 12 Championship game. But, this will be the second straight season the Bears will head to a bowl game under head coach Dave Aranda.

After the season ended, though, the Bears made a couple of key moves to their coaching staff. The Bears reportedly have moved on from defensive coordinator Ron Roberts and safeties coach Ronnie Wheat after the unit fell below expectations this season.

The Baylor defense ranked No. 43 in efficiency this season.

The Bears have also taken a bit of a hit in the transfer portal, losing two four-star recruits in backup quarterback Kyron Drones and running back Josh Fleeks. The transfer portal opens officially on Monday, so this point the pair have only declared their intention to transfer.

Air Force (9-3) finished in second place in the Mountain Division of the Mountain West Conference. This will be their third trip to the Dallas-Fort Worth area in less than a year. The Falcons played in the First Responder Bowl at SMU’s Ford Stadium last December and played Army West Point at Globe Life Field in Arlington in a neutral site game last month.

The Falcons and Bears have never played each other in a bowl game. But, the two teams have a home-and-home scheduled for 2024 in Waco and for 2027 in Colorado Springs.