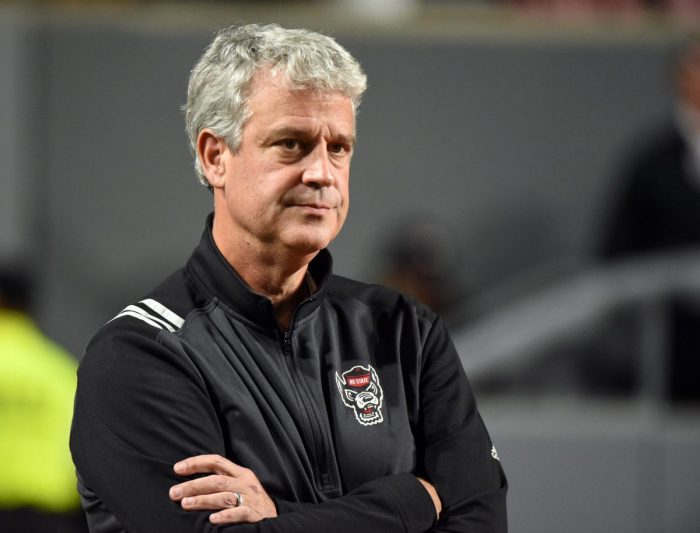 The TCU Horned Frogs are heading to the College Football Playoff after being selected as the No. 3 seed on Selection Sunday.

The only drama appeared to be if TCU or Ohio State would be the No. 3 seed. And in the end, it was TCU getting the nod over the Buckeyes, who weren’t playing on Championship Saturday after losing the Big Ten East to Michigan, who beat Purdue in the Big Ten Championship.

On ESPN on Sunday, CFB Playoff committee chairman Boo Corrigan explained the decision to give TCU the No. 3 seed, saying, “You’re looking at body of work. We talked earlier in the year about maybe a little bit more balance [from TCU], and you look at their last five games and they’re giving up about 20 points per game on defense. The way that game flowed yesterday [Big 12 Championship], their ability to come back and play the way they do. Max Duggan, what a warrior, to go through the game the way he did. To put them in a position to take the game not only to overtime, but a chance to win that game. As a committee we looked at the full body a work. A lot of respect for Kansas State in that room as well, which kind of won the day for TCU to be the No. 3 seed.”

However, the College Football Playoff committee clearly considered the entire body of work for TCU, which included a perfect 12-0 start to the season, while a loss to a team they beat by 10 earlier in the season, on a neutral site, in overtime, was more than enough to get them into the Playoff as the No. 3 seed.

As the No. 3 seed, TCU will take on No. 2 seed Michigan in the Fiesta Bowl in Phoenix on Saturday, December 31st. Kick off is set for 3pm CST.