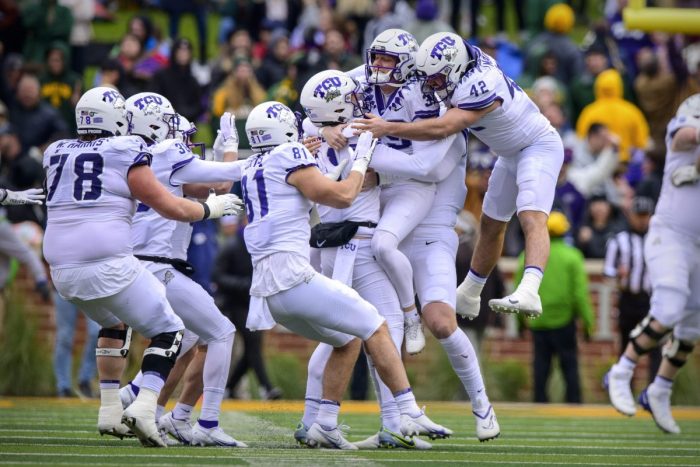 The TCU Horned Frogs have made the College Football Playoff as the No. 3 seed. TCU becomes the first team other than Oklahoma from the Big 12 Conference to make the Playoff.

But the College Football Playoff committee clearly considered the entire body of work for TCU, which included a perfect 12-0 start to the season, while a loss to a team they beat by 10 earlier in the season, on a neutral site, in overtime, was more than enough to get them into the Playoff.

The Georgia Bulldogs were named the No. 1 seed after a perfect 13-0 season in the SEC. And as the No. 4 seed, the Ohio State Buckeyes in the Peach Bowl on Saturday, December 31st with a 7:00 CST kick off.