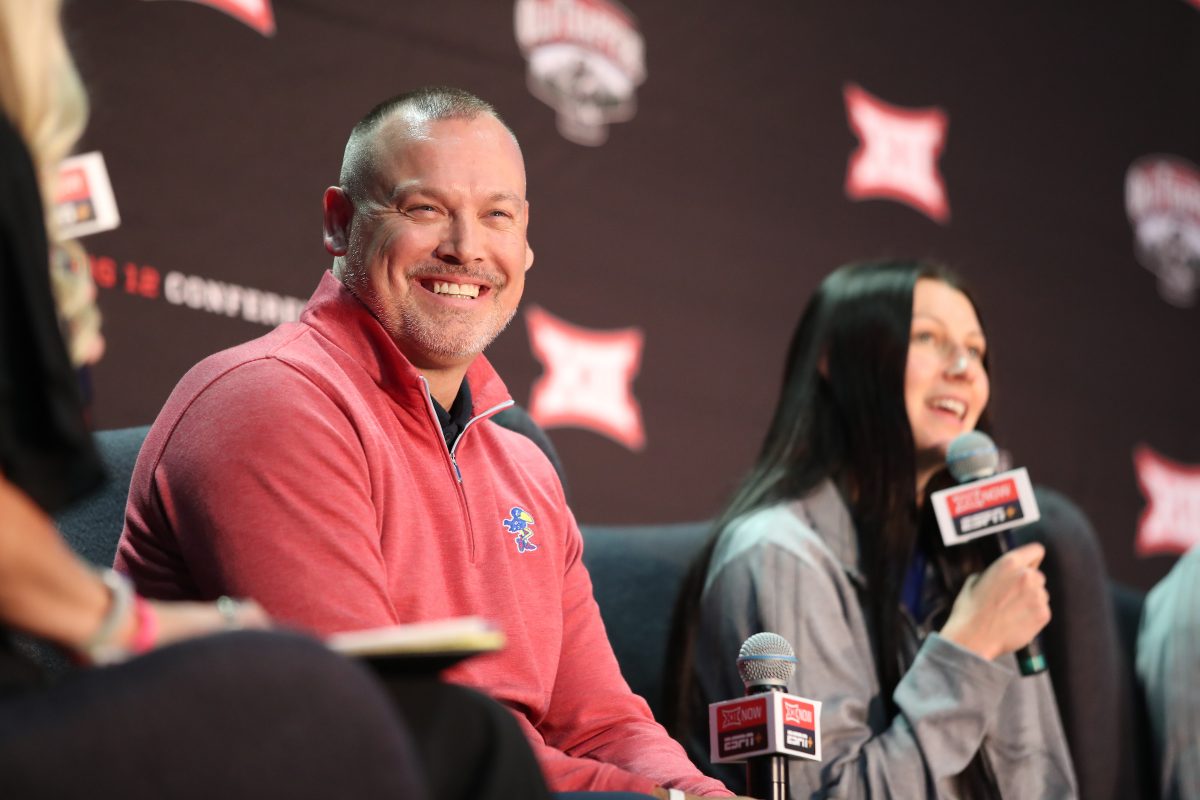 The Kansas Jayhawks went on the road for their first game against a ranked team and blew out No. 12 Arizona, 77-50, in Tucson, Ariz., on Thursday night.

The Jayhawks (8-0) beat a team that reached the national championship game in 2021 and was undefeated going into the game. Kansas, which has been receiving votes in each of the previous AP Top 25 polls this season, will likely move into the Top 25 when the new poll comes out on Monday.

Arizona had a 17-14 lead after the first quarter. But, from there, the Jayhawks took control, outscoring the Wildcats, 14-5, in the second quarter to take a 28-22 lead at halftime. From that point, it became a rout. At one point Kansas had a 32-point lead.

Two different Jayhawks had double-doubles in the game. Center Taiyanna Jackson had 19 points and 15 rebounds (including eight offensive boards). Guard Zakiyah Franklin had 14 points and 11 rebounds. Also in double figures were guard Chandler Prater with 19 points and guard Holly Kersgieter with 11.

Kansas now has the chance to remain undefeated going into its Big 12 opener on Dec. 31 against Oklahoma State. Kansas hosts Wichita State on Sunday, followed by Tulsa on Dec. 16. The Jayhawks wrap up non-conference play with a road trip to Nebraska on Dec. 21.