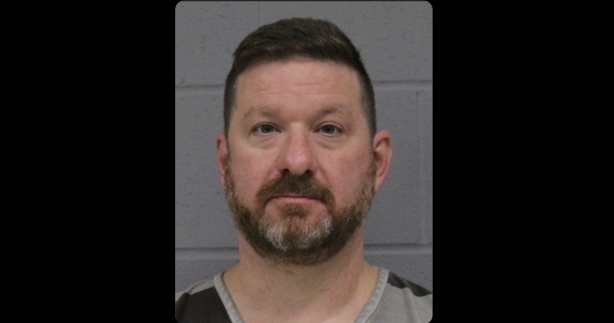 The allegations from Chris Beard‘s accuser are just as ugly as anticipated when the day began with the Texas basketball coach’s arrest.

The Austin American-Statesman obtained the arrest affidavit, which included the following: A woman told police Beard, “choked me, threw me off the bed, bit me, bruises all over my leg, throwing me around, and going nuts.”

She said the choking lasted for five seconds and impeded her breathing, police say. Chris Beard told the that he has audio recordings showing he was not the primary aggressor. He was asked if he would be willing to share those audio recordings to which he said no.

The woman, who lives with Beard, told police the two had been arguing for days about their relationship. The woman said that last night she took reading glasses from Beard’s hand and broke them. Beard, she told police, then slapped her glasses from her face.

Chris Beard has been suspended until further notice, without pay, according to the University.

“The University takes matters of interpersonal violence involving members of its community seriously. Given the information available, The University has suspended Chris Beard from his position as head coach of Men’s Basketball and will withhold his pay until further notice,” the school said in a statement.

Beard was booked with a third degree felony.  He was released from the Travis County jail at 2:44 p.m. after posting a cash bond. Beard’s bail had been set at $10,000.

Beard is in his second season as the head coach of the Texas basketball program. He took the job prior to the 2021 season after a successful run at Texas Tech. Beard spent five seasons in Lubbock, where he led the Red Raiders to an NCAA Championship Game appearance in 2019 and finished with a 112-55 record. In his first year with the Longhorns, Beard went 22-12 and 10-8 in Big 12 play. Texas made the NCAA Tournament, but lost in the second round. Beard had a ton of returning talent this season and has the Longhorns off to a 7-1 start and ranked No. 2 in the country last week.