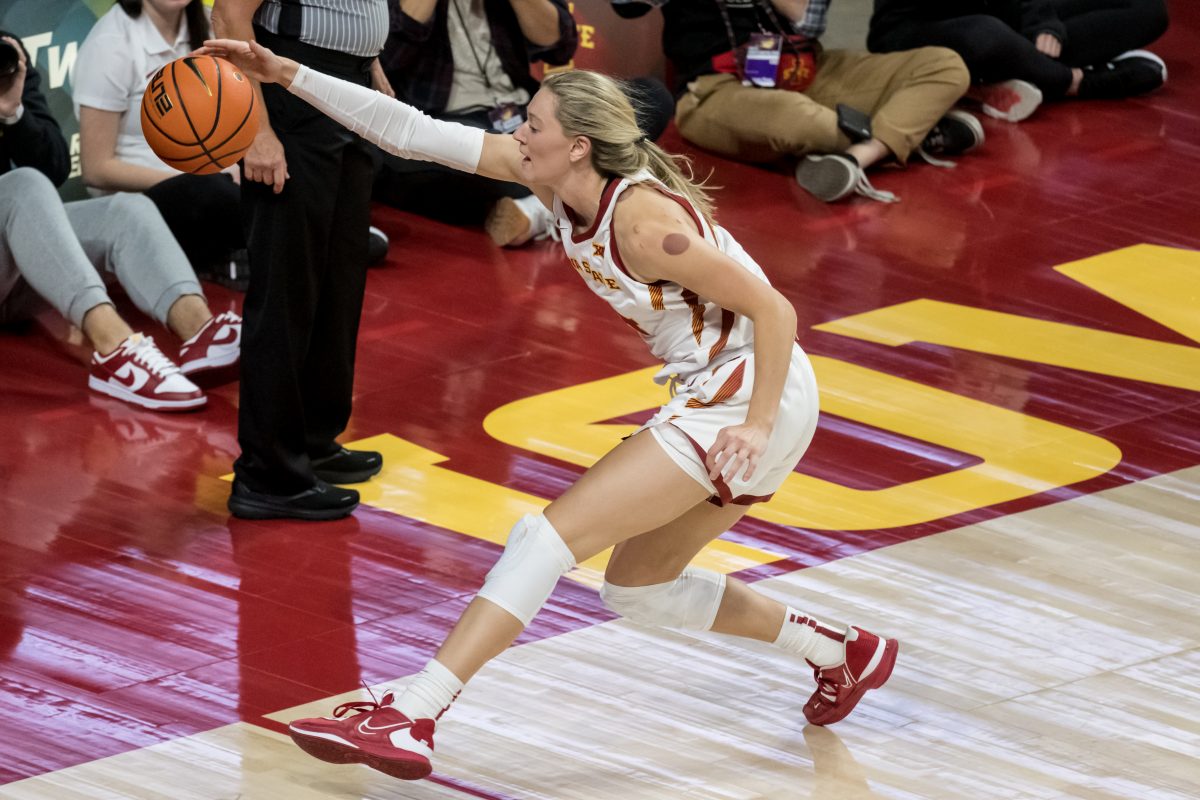 The sixth week of the 2022-23 Big 12 women’s basketball season is here. Our Week 6 primer gets you ready for the week ahead in Big 12 basketball.

Iowa State vs. Villanova, Sunday. This is a sneaky-big game for the Cyclones. They’ve lost their two matchups with ranked opponents so far this season. Villanova would be the third. If I’m projecting ahead to the Big 12 race, a loss to Villanova would leave me thinking there’s less of a gap between the Cyclones and the rest of the league than I thought. I feel like this is a win ISU needs right now.

Tulsa at Kansas, Friday. Kansas is ranked for the first time in nearly a decade. But, to stay ranked, you have to keep winning. Tulsa will be pesky. The Golden Hurricane are 8-2 entering the week and have won five straight. Tulsa’s only pass at a Power 5 team so far this season was a loss (Arkansas).

G Gabby Gregory, Kansas State: If you had Gregory as the league’s leading scorer (21.2 ppg) on Dec. 12 in your preseason projections we should plan a trip to Vegas soon. My retirement account needs an infusion of cash.

C Taiyanna Jackson, Kansas: Her game has just exploded this season. She’s averaging a double-double and her uptick in production isn’t coming at the expense of her teammates.

G Emily Ryan, Iowa State: In a stunning development, Ryan leads the Big 12 in assists per game (6.7 apg) and is tied for the league lead in assist-to-turnover ratio (3.2). In other words, Emily Ryan doing Emily Ryan things.

G Jaden Owens, Baylor: While Baylor tries to keep things together without Aijha Blackwell and Dre’una Edwards, Owens is second-best in the Big 12 with 2.4 steals per game.

Texas. The Longhorns aren’t sure when they’ll get back forward Aaliyah Moore after an injury in the Longhorns’ last game. Forward Taylor Jones is banged up and has missed nearly a month. The Longhorns will be in Dallas to face USC. Once upon a time, this was a national championship game matchup. Now, Texas is struggling with its identity and is about to face a USC team that hasn’t lost a game going into Pac-12 play (but didn’t play a Power 5 team in non-conference).