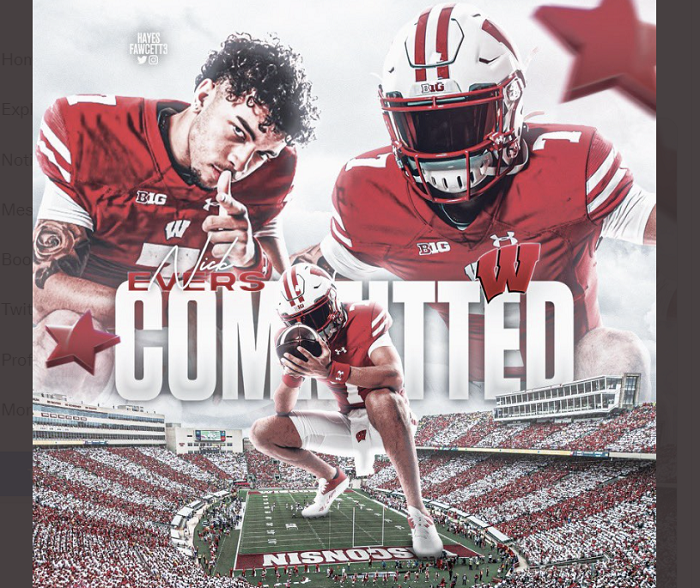 Former four-star quarterback Nick Evers has found his new home. Evers spent his first season in college football with the Oklahoma Sooners, but after entering the transfer portal earlier this month, he announced on Saturday that he is heading to the Wisconsin Badgers.

Evers originally committed to Florida out of high school, but then flipped his commitment to Oklahoma. He sat behind Dillon Gabriel this season, who transferred to Oklahoma from UCF and threw for 2,920 yards, 24 touchdowns and 6 interceptions while rushing for 298 yards and five touchdowns.

Gabriel is set to return for the Sooners in 2023, so Evers decided to get a fresh start where he has a chance to compete for playing time sooner than he might in Norman. Wisconsin starting quarterback Graham Mertz entered the transfer portal this offseason, and after Luke Fickell was hired by Wisconsin, Evers joins a staff looking for a fresh start at QB.

Evers will have four years of eligibility remaining and will be eligible to play next season for the Badgers. He is expected to compete with freshman Myles Burkett, plus three-star quarterback Cole LaCrue from Broomfield, Colorado, who is part of the 2023 class.

In the 247Sports rankings as part of the Class of 2022, Evers was a Top 10 quarterback in the nation, Top 25 player in Texas and Top 150 player nationally.