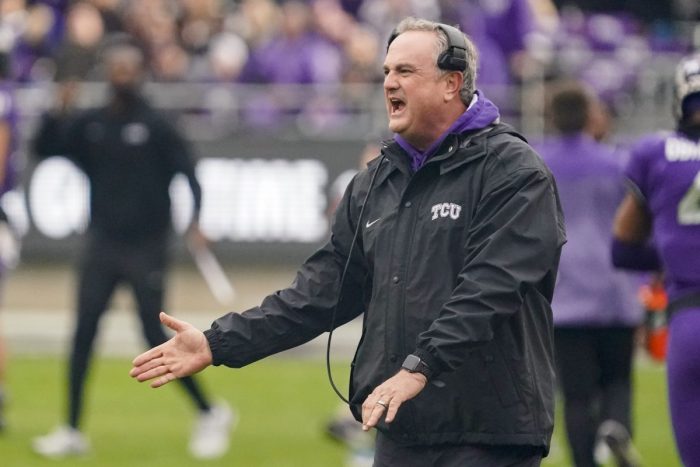 The TCU Horned Frogs are having themselves a month of December. Sonny Dykes’ team has landed former Alabama wide receiver and Class of 2021 Top-50 prospect JoJo Earle in the transfer portal.

Earle made the announcement on his Instagram page on Saturday.

A speedy receiver who was also a weapon as a punt returner, Earle suffered a few injuries that sidelined him at crucial moments. First, he went down late last season before missing the first month this year with a fractured foot.

Still, Earle had 12 receptions each of his past two seasons with the Crimson Tide for a total of 303 yards and two touchdowns. He will join a TCU offense that was No. 1 in the Big 12 in scoring at over 40 points per game and ranked third in the league in passing yards at 273 per contest.

TCU finished the season with a 12-1 record and reached the College Football Playoff, where they will play Michigan in the Fiesta Bowl later this month.