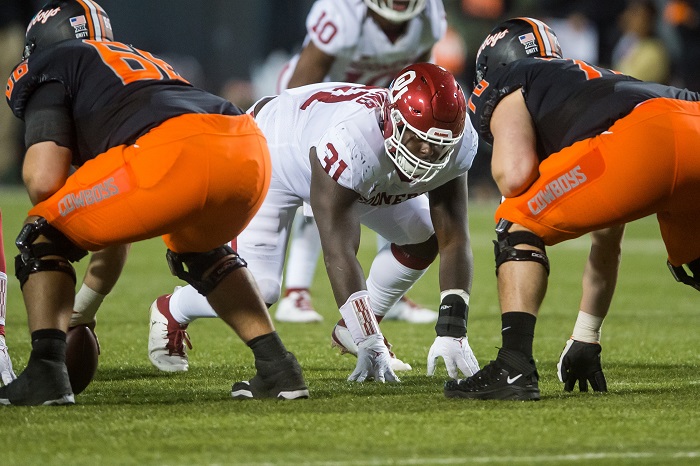 Oklahoma defensive lineman Jalen Redmond’s career with the Sooners has come to an end.

Redmond announced on his Twitter page on Sunday afternoon that he would be declaring for the 2023 NFL Draft and will sit out the Cheez-It Bowl against Florida State.

Redmond is a former in-state five-star prospect who picked the Sooners over Nebraska and Arizona State.

Redmond’s career was stop and go for OU. As a freshman, he played three games, finishing with six tackles for the year. He followed that up with a sophomore season where Redmond played in 13 of 14 games and logged four starts, leading the Sooners with 6.5 sacks while ranking third with 11.0 tackles for loss. Redmond was an honorable mention All-Big 12 selection in 2019.

The 2023 NFL Draft will take place in Kansas City, Missouri and begin on Thursday, April 27th.

TCU Picks Up Another SEC Transfer in Jack Bech
Bedlam Could Continue After Oklahoma Leaves for SEC: Report
To Top