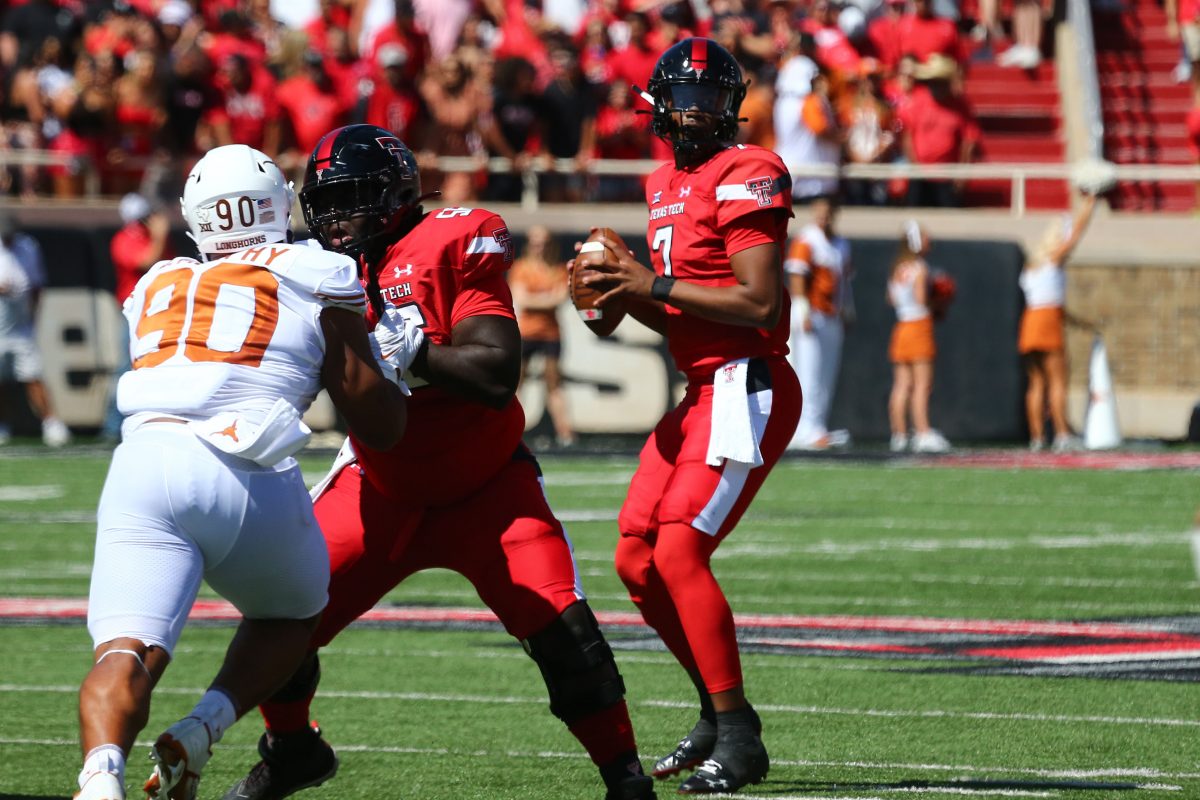 Donovan Smith hit the transfer portal after the 2022 season came to an end, but he will be staying in the Big 12 Conference.

Smith announced on his social media platforms that he would be joining the Houston Cougars, who are set to join the Big 12 Conference for the 2023 college football season.

Smith has started on-and-off each of the last two season in Lubbock. This past season, he threw for 1,505 yards, with 12 touchdowns to eight interceptions, while completing 64% of his passes. His best game this season came back in September, when he led Tech to a 37-34 overtime win against Texas. In that game, Smith went 38/56 for 331 yards, with two touchdowns to zero interceptions.

Smith was part of a crowded quarterback room in Lubbock with Tyler Shough and Behren Morton. All three players started games this season due to injuries and coaching decisions. Shough could return for the 2023 season, while Morton has also proven to be a young player who can win games at the Big 12 after some impressive performances as a freshman.

The Big 12 Conference has yet to release the 2023 football schedule, so it’s not yet known if Smith could end up playing his former team next season.

Bracketology: Texas Women Back in Field of 68
Quarterback Austin Novosad Flips from Baylor to Oregon
To Top