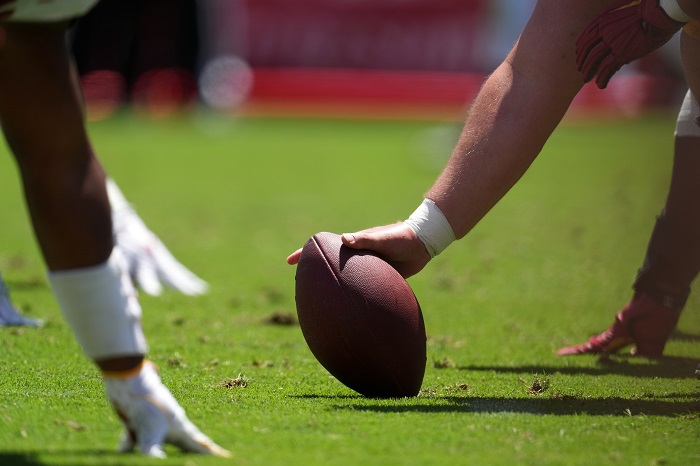 Early Signing Day’s rush has come and gone and many classes around the country are finalized and the ink has dried.

There were several surprising commitments and flips around the Big 12 on Wednesday, and some of them were downright flabbergasting.

Here was the biggest commitment, flip, and flop from the Big 12 a crazy recruiting day in college football.

The Oklahoma Sooners seemed all but certain to land four-star edge Tausili Akana when it was time for his commitment at 3:00 p.m. CT. But, that’s not what happened.

Instead, the No. 34 overall player in the country elected to stay south of the Red River and play for Steve Sarkisian and the Texas Longhorns. Akana’s sister, Keonilei, plays volleyball for the Longhorns and just won a national championship just this past weekend. Being close to family so far from his native state of Hawaii is now a bonus for one of the best defensive prospects in this class and signifies a big win for Sarkisian and his staff.

As a senior, Akana had 63 tackles, 21 tackles for loss, 12 1/2 sacks, and 19 quarterback hurries, and surged as one of the best up-and-coming stand-up edge rushers in the nation. By landing his signature, not only do the Longhorns avoid playing Akana for the next three years, but they also get to set him loose against Sooner quarterbacks for years to come.

Update (12/22/2022): Well, it appears that Oklahoma’s big miss on Wednesday turned into an unlikely triumph on Thursday the Sooners were able to flip five-star safety Peyton Bowen from Oregon just one day after he committed to the Ducks.

Bowen, 6-1, 185 pounds, is the No. 14 overall player in the class of 2023 according to 247Sports’ composite rankings, and also comes in as the No. 2 safety in the country. With his commitment, the Sooners’ 2023 class jumped to fifth nationally, jumping both Notre Dame and Oregon in the process.

Bowen was committed to the Irish for nearly a year, since New Year’s Day of 2022, and flipped to Oregon on Wednesday. However, because never signed his letter of intent to play for the Ducks, his recruitment wasn’t over.

“As I reflect on yesterday’s whirlwind I recognize that I made some mistakes that I regret and will learn from. Navigating this process has been a rollercoaster,” Bowen wrote.

“Oregon and Notre Dame faithful, I am sorry for how I handled this process. Changing my decision on signing day, the hat pump fake, all of it could have been handled better. I can’t change what I did but this experience is something I will learn from.”

Despite not having a hat on the table Wednesday, the Sooners ultimately earned the signature of one of the top defensive players in the country on Thursday, and have the biggest flip of the week in the Big 12.

This one hurts, and it hurts bad for the Baylor Bears. Four-star quarterback Austin Novosad is one of the best passers in the class of 2023 and has been committed to playing for Dave Aranda since December of 2021. Then, on early signing day, the Oregon Ducks swooped in and poached him like a thief in the night, and there’s not anything that Baylor can do about it.

Novosad made the Elite 11 finals this past summer and is rated as the No. 9 quarterback in the 2023 class. As a senior, Novosad threw for 2,911 yards, 39 TDs, and five INTs while completing 64.5% of his passes. That is the kind of player that Baylor could build an offense around for years to come, but instead, he will be in Eugene, Oregon playing under Dan Lanning.

Now, without a quarterback in the 2023 class, Baylor’s head coach says that they will look to the transfer portal to fill the void come January. It’s not ideal, but the Bears will have to try and move on from this one, as hard as that might be.

Tausili Akana Makes Surprise Commitment to Texas
Get Ready for Arch Manning vs. Quinn Ewers This Spring
To Top