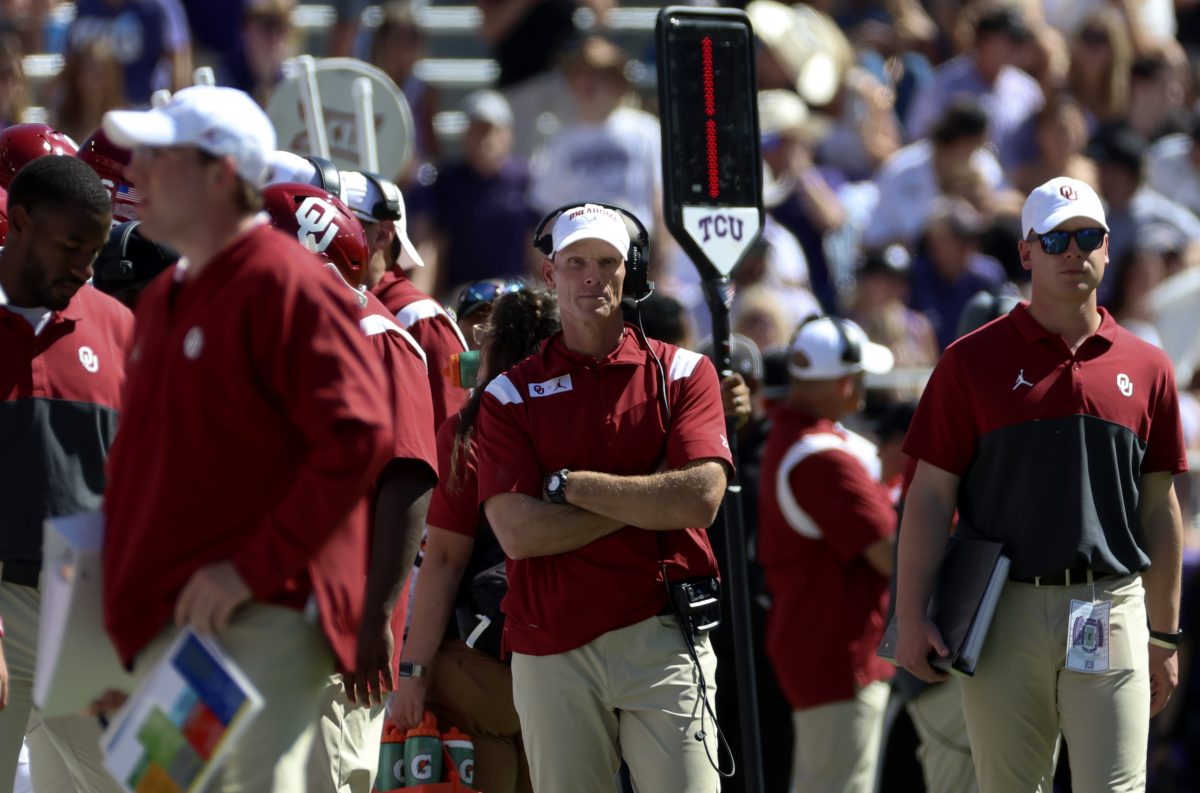 Oklahoma fans sat with bated breath on Early Signing Day as five-star safety Peyton Bowen was set to flip to the Sooners and join his high school quarterback Jackson Arnold in Norman.

The longtime Notre Dame commit did indeed flip his recruitment on Wednesday, but it wasn’t to Oklahoma. Instead, the Denton Guyer product flipped to Oregon and joins a skyrocketing class under Dan Lanning.

To say that this is a blindside for Notre Dame and Oklahoma fans alike is an understatement as the entire recruiting community had either the Sooners or the Irish nabbed as the destination in this one.

Oklahoma was the trending as the likely destination for Bowen over the past few weeks, but reports surfaced late last week that Oregon had gotten involved and things went a bit quiet just before Bowen made his announcement. It’s obvious that the Ducks’ close connection with multi-billionaire Phil Knight is starting to pay off on the recruiting trail with Oregon rumored to be making ludicrous NIL offers. When it came time to sign his letter of intent, Oklahoma didn’t even have a hat on the table.

Bowen was the second Big 12 recruit that the Ducks swept in and grabbed at the last minute on Wednesday, as they started off the day by poaching Austin Novosad from Baylor.

College football’s integration of NIL opportunities has become a pay-for-play playground without many rules, and schools like Oregon are reaping the benefits. Now, we will wait and see if it pays off for them on the field.

Can Kris Murray Make The NBA Next Year And Join His Brother?
5 Things You Didn’t Know About Sports Betting
To Top