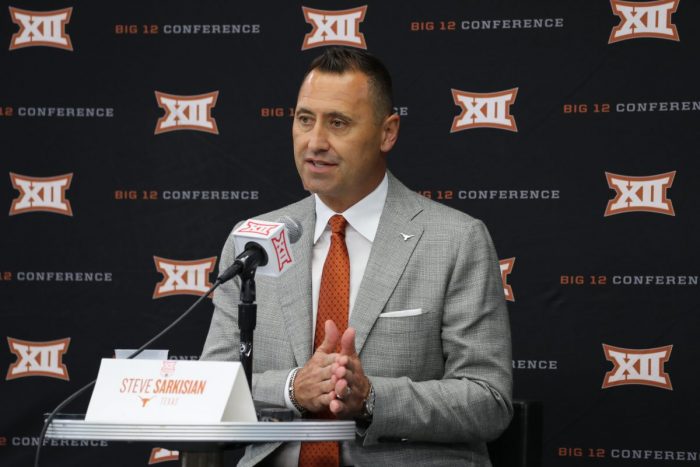 Texas continued to have a successful early signing day on Wednesday as Wake Forest defensive back Gavin Holmes announced his transfer to the Longhorns.

His announcement comes the same day that Texas signed the No. 1 overall recruit in the country, quarterback Arch Manning, and hauled in what is expected to be no less than a Top 10 prep class for 2023.

Holmes will give that class a little more time to develop, as he brings two years of eligibility with him from the Demon Deacons.

Horns 247 was one of the first to report the transfer announcement. Holmes later announced that he signed with Texas.

The Metairie (LA) Archbishop Rummel product didn’t receive many Power 5 offers coming out of high school but signed with Wake Forest in the Class of 2020 and redshirted, though he still played a few games. He played a full season in 2021, during which he had 23 tackles.

Last season with Wake Forest he had 24 tackles, which was a career-high. The Longhorns hope to help grow Holmes’ game after hosting him on a visit in early December, just before the dead period.

Texas is coming off an 8-4 season in 2022, one in which it nearly beat Alabama at home and was in the race to reach the Big 12 Championship Game until the final week of the regular season. Texas is now preparing for the Alamo Bowl on Dec. 29 against Washington and is doing so without two of its biggest stars — running back Bijan Robinson and linebacker DeMarvion Overshown, both of whom have opted out and will head to the NFL Draft in 2023.