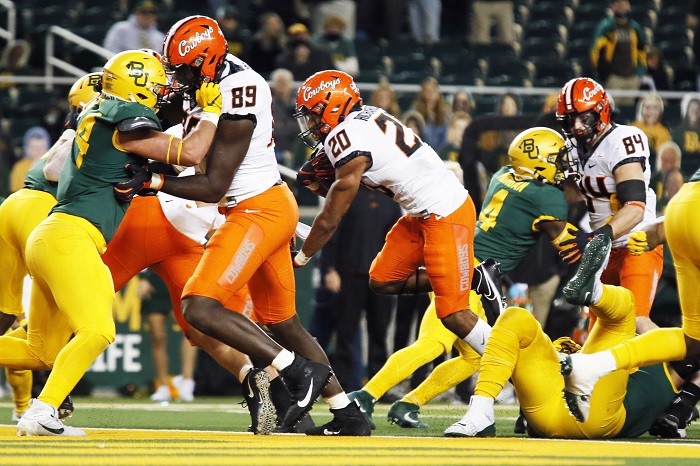 The Baylor Bears have landed a commitment from Oklahoma State transfer running back Dominic Richardson.

The Cowboys’ starting running back in 2022, Richardson decided to hit the transfer portal along with a bevy of other contributors after a 7-5 season.

Richardson started nine of 12 games this season and was Oklahoma State’s leading rusher with 543 yards and eight touchdowns on 149 carries. Richardson spent his first two years in Stillwater as a backup, playing in 21 games and totaling 462 yards and five touchdowns during those seasons.

Now, with two years of eligibility, Richardson will likely carve out a good role for himself in Waco, where Jeff Grimes has built quite a reputable run-first offensive scheme.

In all, Richardson takes with him 1,139 yards and 15 career touchdowns to Baylor and leaves the Pokes with quite a void to fill in the backfield.

Oklahoma State will take on Wisconsin in the Guaranteed Rate Bowl in Phoenix, AZ, on December 27th.