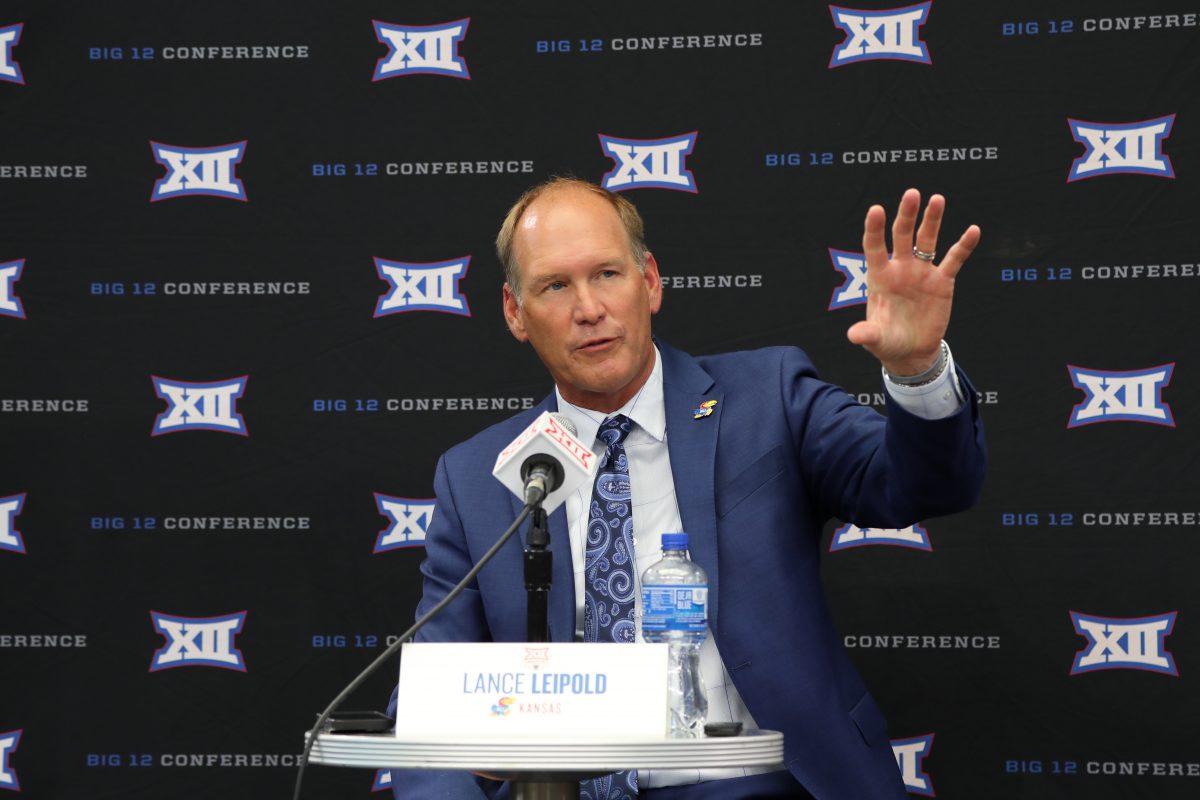 Kansas football coach Lance Leipold knows what he wants, and he believes his 2023 signing class embodies it.

Leipold talked to the media after the Jayhawks wrapped up the first day of the early signing window with a dozen signings from eight different states. That list didn’t include a big transfer portal get for the Jayhawks, as Colorado State defensive lineman Devin Phillips, considered a Top 15 transfer, announced he would sign with Kansas.

Phillips is a graduate transfer with one year left, so he likely won’t take much playing time away from the dozen prep players that Leipold and his staff signed on Wednesday. Many of them embody the sort of attitude that helped Kansas go 6-6 this season and reach a bowl game for the first time in more than a decade.

“If you’d like to go to a place that’s kind of paid for you and you like slitting throats you can do that,” Leipold said, via the Kansas City Star’s Shreyas Laddha. “At the same time, if you want to be part of something that you’re going to be able to talk about when you’re closer to my age and be darn proud of, those are the guys we want.”