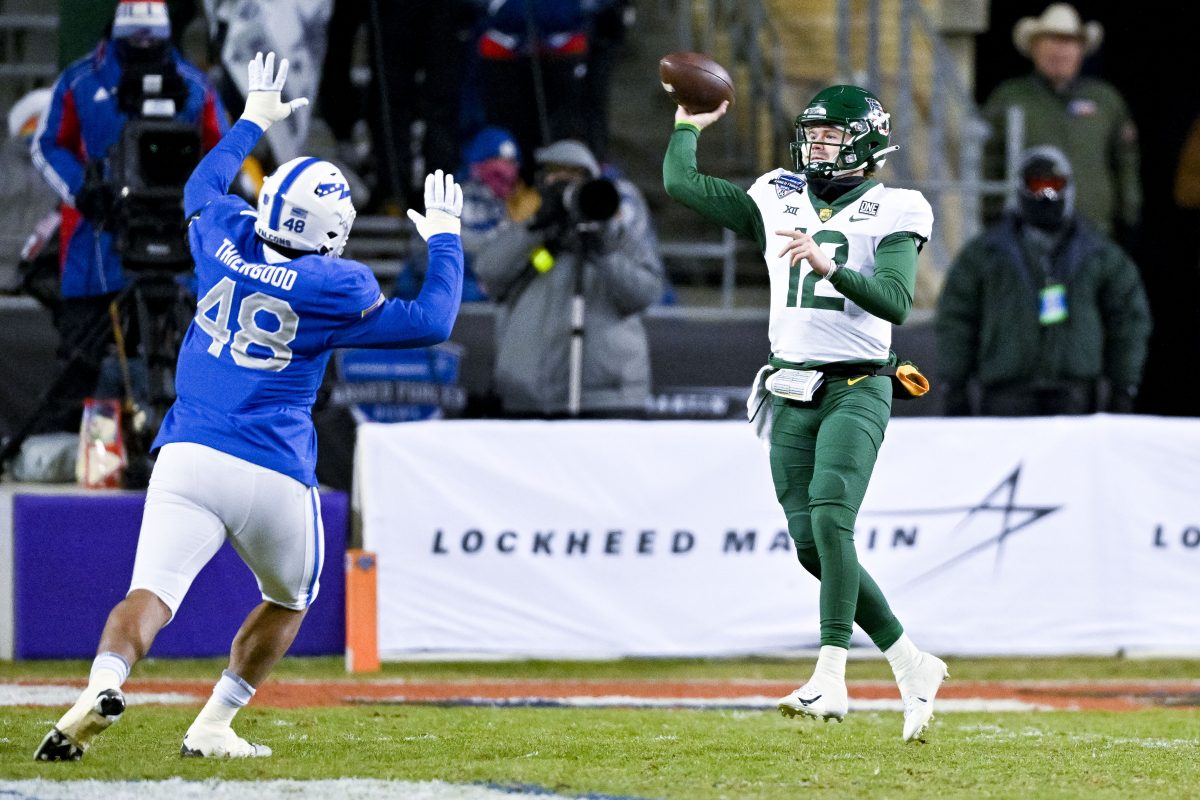 The regular season is in the books and now it is time for bowl season. Eight Big 12 teams will be playing over the next few days and Baylor is first up on the bowl list. The Bears finished the regular season with a 6-6 record and played Air Force in the Armed Forces Bowl. It was a chilly evening in Fort Worth, but the only thing colder was Baylor’s abysmal performance. Here are my three thoughts on Baylor’s 30-15 loss to Air Force.

1. We Waited a Month for This?

The Baylor Bears had nearly a full month to prepare for this football game. They entered Thursday as a 3.5-point favorite and just got beat by double digits. I understand it was cold outside with single digit temperatures, but Baylor looked like they wanted no part of being in this bowl game. Meanwhile Air Force buckled up their chinstraps and ran right at Baylor and the Bears had no answer. There was no energy out there and it really showed in this game. At this point, I am curious to hear what this team did over the last few weeks to prepare for this game because it looks to me like they did nothing at all.

2. The Offense Was Pathetic

I get it. It was cold as heck in Fort Worth, but this offense couldn’t do anything right. They couldn’t run the ball at all as they finished the game with just 42 rushing yards. Meanwhile Air Force ran for over 275 yards. As bad as the run game was, the passing game wasn’t any better under Blake Shapen. He finished going 11/23 for 188 yards and two scores. One of them came in garbage time so I wouldn’t factor that in too much here. While Air Force converted 50% of their third down attempts, Baylor managed to go 0-11 on third down. They didn’t convert a single third down attempt. That pretty much sums up exactly how this game went for Baylor. The Bears missed a quarterback this past recruiting cycle and Dave Aranda has made it clear that they will go out and get a quarterback from the transfer portal. I hope they find someone because this offense needs a serious upgrade, and it starts at quarterback.

3. A Season to Forget

Coming into the season, the Bears were picked to finish second in the Big 12. They were the reigning Big 12 champions and earned the respect of a lot of people last season. With experience up front on both sides of the ball and with Blake Shapen at quarterback, expectations were high. At times, we saw Baylor play good football but unfortunately, they were wildly inconsistent this year and they ended up finishing 6-6 in the regular season.

That record got them an invite in the Armed Forces Bowl in Fort Worth where TCU plays. While Baylor was out there getting beat by double digits in single digit weather, TCU is waiting on the College Football Playoff. That has to sting a little if you are a Baylor fan. It was an up and down season that ended on a sour note in this bowl game. I know it’s just one game but 7-6 sounds a whole lot better than 6-7 which is what this Baylor team is. At this point, it’s time to move on to 2023 and forget this season even happened.