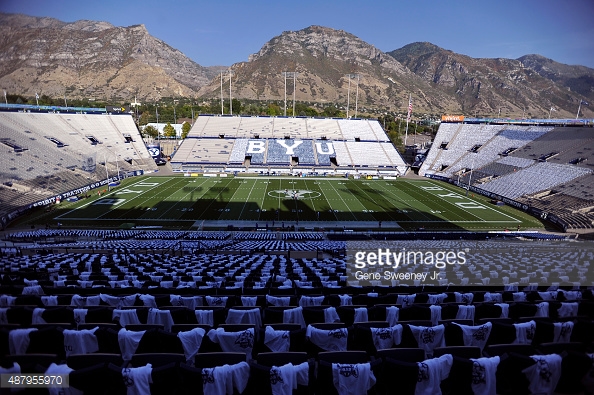 The BYU Cougars have had more than a year to recruit under the banner of their impending membership in the Big 12 Conference next season.

The 2023 Class the Cougars signed on Wednesday, the first day of the early signing period, was not as good as last year’s class, if you’re looking at 247Sports’ overall rankings. The 2023 class is ranked No. 74 overall with a No. 71 composite ranking.

Last year the Cougars took in the No. 57 class. But, historically, this year’s No. 74 ranking isn’t out of line with past classes, when the Cougars had no impending conference affiliation. The 2021 Class was ranked No. 70 and the 2020 Class was ranked No. 82. The 2019 and 2018 classes, the latter led by wide receiver Gunner Romney and quarterback Zach Wilson, fell in line with those rankings, too.

But head coach Kilani Sitake and his staff have proven they can turn classes ranked in the 70s into winning teams. He is 56-34 in seven years at BYU, but he’s 29-9 in his last three seasons. Additionally, his Cougars split a home-and-home with Baylor the past two seasons, with the Cougars winning in double-overtime in Provo in September.

The Cougars did get good news Wednesday evening when linebacker Max Tooley announced he would return for a sixth season.

The class was, naturally, heavy on players from the west, with a healthy dose of Utah, Arizona, California, and Colorado products. The class included a dozen prep players and three transfers — UNLV running back Aidan Robbins, Boise State defensive lineman Isaiah Bagnah and Cerritos College (CA) defensive back Jayden Dunlap.

BYU had two prep players ranked among 247Sports.com’s Top 500 players nationally. Tight end Jackson Bowers is a 6-foot-5, 225-pound product of Mountain View High School in Mesa, Ariz., who turned away Arizona and Washington sign with BYU. Edge rusher Siale Esera (6-foot-3, 250 pounds) is a hometown kid who plays at Timpview in Provo and also had interest from UCLA, Arizona, Cal, and Colorado.