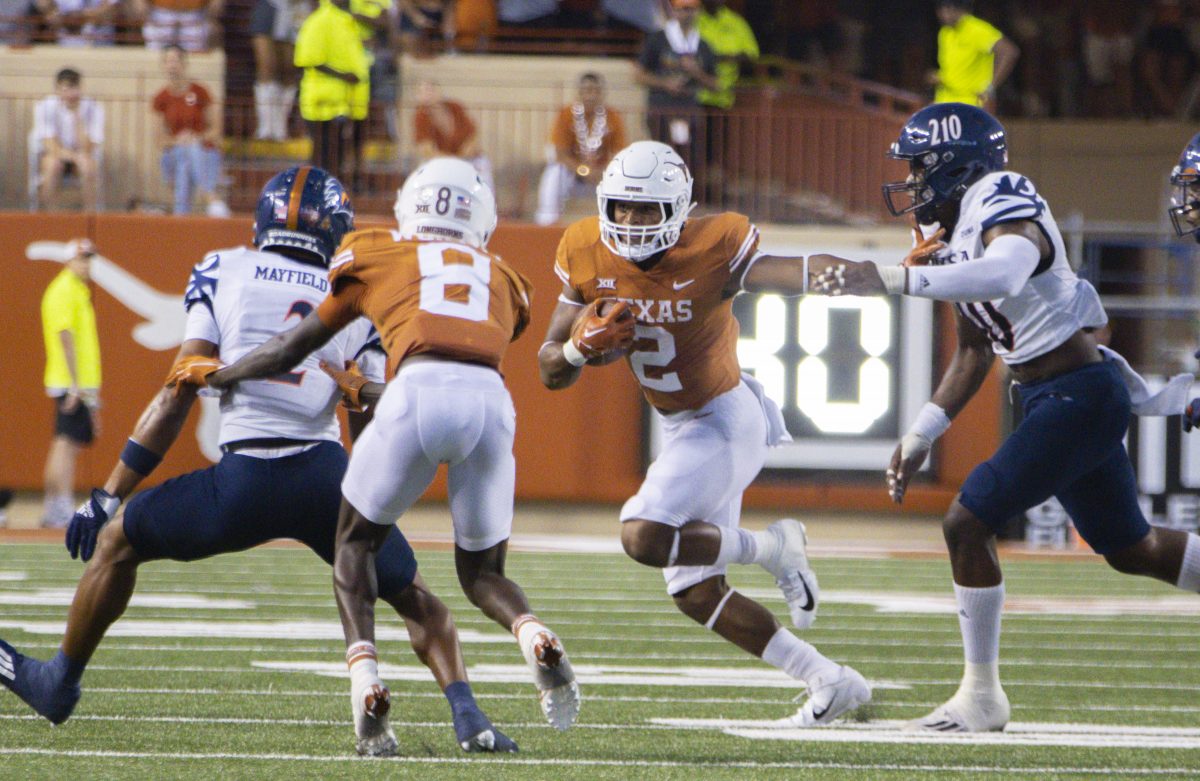 Texas running back Roschon Johnson has confirmed the rumors from earlier this month and has announced that he will skip the Alamo Bowl against Washington and start preparing for the 2023 NFL Draft.

On December 11, a report surfaced from Horns247 that Johnson, Bijan Robinson, and DeMarvion Overshown were expected to opt out of the Longhorns bowl game, and with Johnson’s announcement the trio is confirmed to have played in their final games as Longhorns.

Johnson rushed for 563 yards on 93 carries (6.0 ypc) with five rushing touchdowns, adding 14 receptions for 128 yards and one score through the air in 2022. Before his freshman season, Johnson switched from quarterback to running back and will finish his Texas career at No. 18 on UT’s all-time rushing list with 2,190 yards on 392 carries and 23 touchdowns, adding 56 receptions for 420 yards and three touchdowns through the air.

Texas will lose quite a bit of experience this offseason, but perhaps the biggest loss, from a team perspective, will be Johnson. Head coach Steve Sarkisian thanked all of his seniors this year, but Johnson was a guy that he took the time to single out.