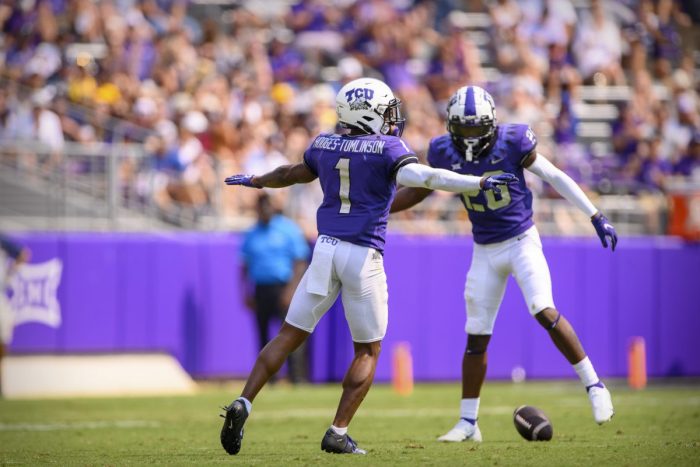 The College Football Playoff is mere days away as the TCU Horned Frogs prepare to take on the Michigan Wolverines in the VRBO Fiesta Bowl in Phoenix, Arizona, on Saturday, December 31.

The Georgia Bulldogs and Ohio State Buckeyes will face off in the Peach Bowl, the other playoff semifinal, shortly after the conclusion of the TCU-Michigan game.

As things currently stand, TCU is a 7.5-point underdog to the Wolverines, while Georgia is favored to take down the Buckeyes by 6.5 points. That means that oddsmakers like the title game matchup between Georgia and Michigan, and that is exactly what is displayed in the latest odds for the NCAA College Football Playoff Championship Exact Outcome.

According to BetOnline, the most likely outcome of the CFP National Championship is Georgia over Michigan, at +140 or 7/5. The next most likely scenario is for Georgia to take down TCU, which is at +450 or 9/2 odds.

Here is a list of the outcomes and odds of each, courtesy of BetOnline.

Oddsmakers seem to think that TCU is on a bit of an island as far as their chances to win a national title go. The Horned Frogs’ odds of winning are much longer than any of the other three schools, meaning Sonny Dykes and company are big-time underdogs. However, that’s how things started this season and it’s gone about as well as it could’ve so TCU is right where it wants to be.