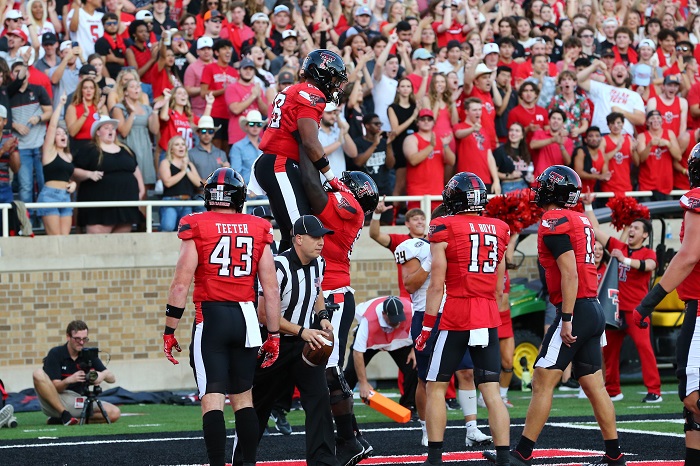 Here is everything you need to know about the 2022 TaxAct Texas Bowl between the Texas Tech Red Raiders and the Ole Miss Rebels.

Fun Fact: The two victories that Texas Tech holds over Ole Miss came in back-to-back years in 2002-03, when a guy by the name of Eli Manning was the quarterback in Oxford and Mike Leach was on the sidelines in Lubbock.

The Red Raiders are in a unique situation having had three quarterbacks thrown for over 1,000 yards in 2022. Tyler Shough, who began the 2022 season as the starter before injuring his shoulder again, has started each of the last three games for Texas Tech and has been efficient in three-straight victories. Shough will need to continue to play well if the Red Raiders hope to take down Ole Miss in Houston.

Krishon Merriweather has been one of the veteran leaders for Texas Tech this season and has shown up on the field, having 66 solo stops, ranking ninth nationally, and 104 total tackles. Merriweather has also made an impact in other ways, with two sacks and two forced fumbles on the year. He will be busy against Ole Miss as the Rebels will try to implement a run game with running back Quishon Judkins, one of the most underrated players in college football.

Quinshon Judkins is among the nation’s top running backs and can change a game at a moment’s notice if given the opportunity. On the year, Judkins has rushed for 1,476 yards and 16 touchdowns, averaging 5.9 yards per carry. He’s also added 116 yards and one score through the air, although his skillset is really tuned toward taking the ball in the backfield. Judkins had rushed for a touchdown in nine straight games entering the Egg Bowl, but was held out of the endzone in a 24-22 loss. His acceleration and top-end speed are elite.

When looking for a team’s “key players,” I try to find a guy that is contributing in several ways, and Ole Miss safety Otis Reese fits that molded perfectly. Reese is second on the team in tackles with 81 on the year, but he’s also recorded three sacks, four pass breakups, one interception, and one fumble recovery on the year. Reese will be involved in a lot of the plays made in this game for the Rebels and will certainly be a player to watch in this one.

Can Texas Tech slow down the Ole Miss offense? That will be the key to the game as the Rebels come into the Texas Bowl averaging 491.3 yards per game offensively. If Jaxson Dart and Quinshon Judkins are allowed to make plays, it will be a long day for the Red Raiders’ defense. However, if Tech can capitalize on some mistakes, the Red Raiders could pull off the upset.

Can Ole Miss turn it around after a three-game skid to end the year? The Rebels got to 7-0 before getting blown out by LSU and lost four of its final five games. Texas Tech is a better team than Arkansas, and the Razorbacks took it to the Rebels, winning 42-27 just a few weeks ago. This will be an interesting test for both teams, but they are headed in different directions coming into this game, because Tech finished the year on a three-game winning streak.

I am a believer of what Joey McGuire is building in Lubbock, and I think a monumental win over Ole Miss in the Texas Bowl would be the perfect cap to a great first season at Texas Tech. Down the stretch, Tech found ways to win football games, and I think they will do the same thing against a good opponent in Ole Miss. The Rebels have the flashier offense in this game, but the veteran secondary of Texas Tech will make enough plays to keep the Red Raiders in this game long enough to hit paydirt for the win.

The Liberty Bowl Means More to Kansas and Their Fans
Liberty Bowl Preview and Prediction: Kansas vs. Arkansas
To Top