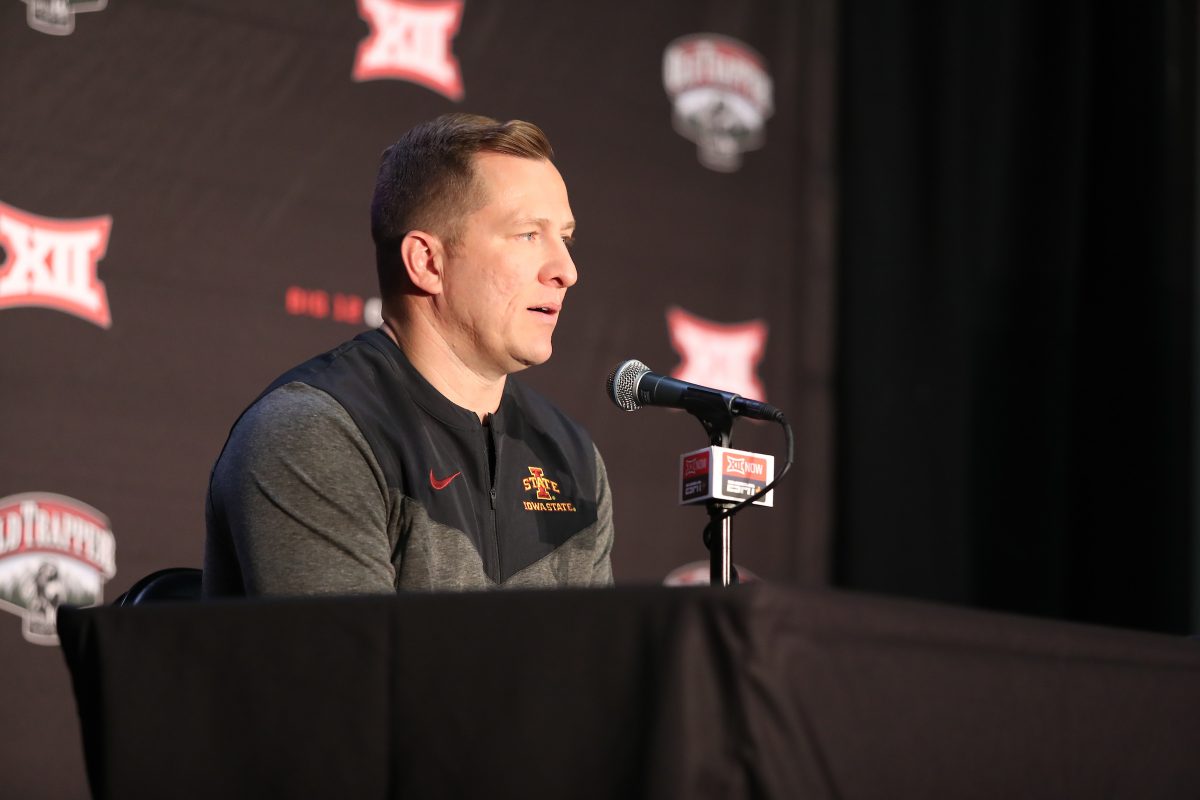 The Iowa State Cyclones will be without forward Aljaz Kunc due to a injury suffered in practice, per the Des Moines Register’s Randy Peterson.

Kunc suffered a broken finger during workouts in preparation for the Cyclones’ Big 12 opener against Baylor on Saturday in Ames, Iowa.

Peterson tweeted that Kunc would be out for “a while,” per Cyclones head coach T.J. Otzelberger.

“He’s going to be out for a little bit,” Otzelberger said. “What that exact timeline is, I don’t know. It’s probably weeks to a month − in that range.”

Kunc was a critical piece off the bench for the Cyclones last season, as they bounced back from a two-win season to reach the NCAA Tournament’s Sweet 16.

Now the load will likely shift to players like Tre King, Demarion Watson and Hason Ward. King is intriguing because he just made his Iowa State debut against Western Michigan and scored 11 points off the bench. King had to sit for a year after transferring to ISU from Georgetown last fall.

At 9-2, The Cyclones look a lot like last year. The season took a turn at Thanksgiving at the Phil Knight Tournament, where ISU beat Villanova and then-No. 1 North Carolina before absorbing their its loss of the season to UConn.

Iowa State also won its Big 12-BIG EAST Battle game with St. John’s and fell hard to Iowa in the Cy-Hawk. So Iowa State carries a 1-1 record against ranked teams and a 3-2 record against Power 6 teams into Big 12 play.