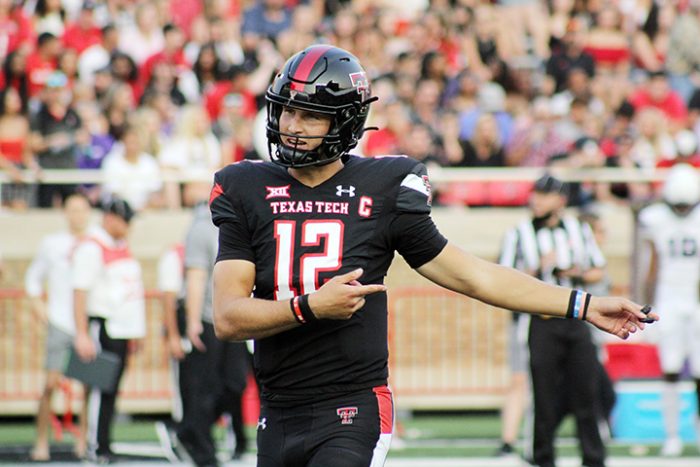 The Texas Tech Red Raiders got a big piece back for the 2023 season as quarterback Tyler Shough announced he would be returning to Lubbock for one more year with the program.

Shough made the announcement following Texas Tech’s win over Ole Miss in the TaxAct Texas Bowl on Wednesday night.  Against Ole Miss, Shough put the offense on his back as he threw 242 yards and a score. But what was even more impressive was the job he did in the run game. Shough ran for over 100 yards and had two rushing touchdowns.

Shough just wrapped up his second season with the Red Raiders. He’s dealt with injuries in each of his two seasons on campus, but as Tech fans saw on Wednesday night, when Shough is healthy, he can be one of the best quarterbacks in the Big 12. In fact, let’s not forget that Tyler Shough once received odds to be the next No. 1 pick in the NFL Draft.

The Texas Tech QB room was loaded this past season, but Donovan Smith transferred to Houston earlier this month. Now the question will be what does Behren Morton do? The redshirt freshman impressed during his time as a starter, finishing with seven touchdowns to six interceptions and completing 56% of his passes.

Overall, the Red Raiders have a lot of talent returning from a team that finished 8-5, with a total of 14 seniors opting to returning to 2023, and nearly all of them are starters or at least on the two-deep. This could make Texas Tech a popular dark horse pick in the Big 12 Conference next season.