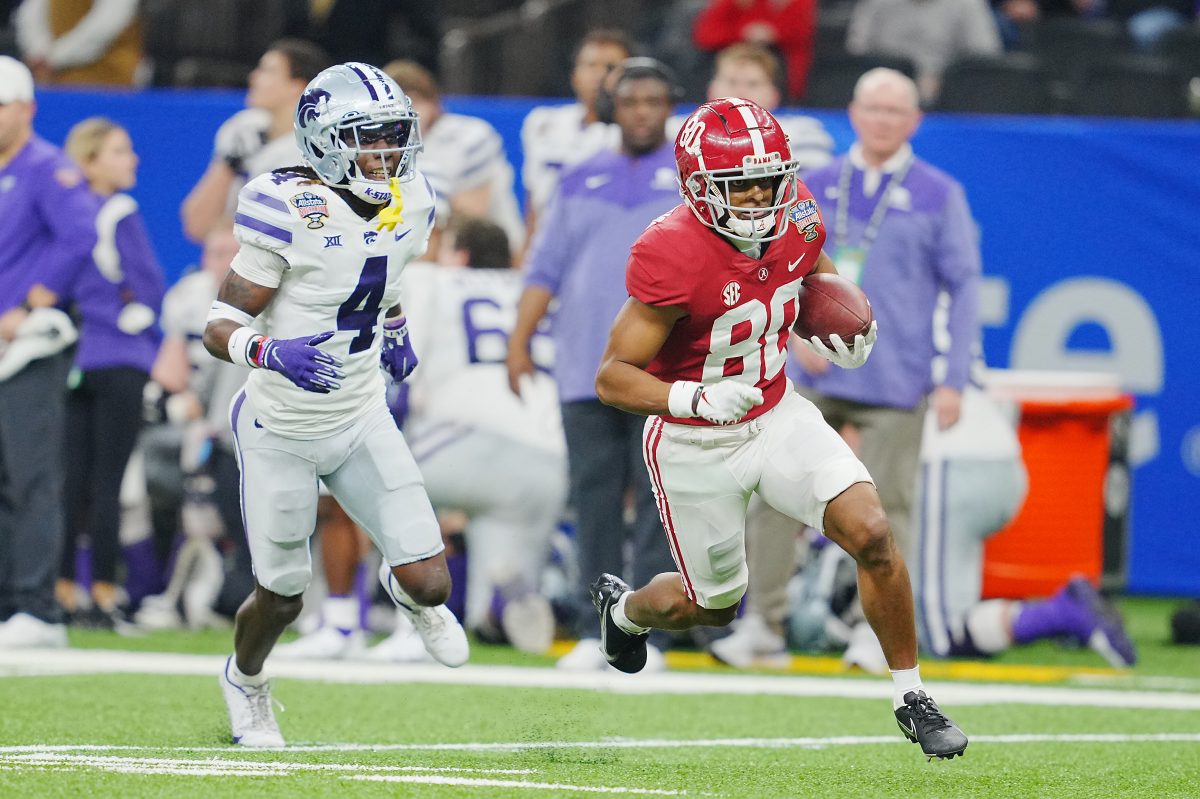 The regular season is in the books and now it is time for bowl season. Eight Big 12 teams will be playing over the next few days and Kansas State is up next. The Wildcats finished the season with an 10-3 record including a Big 12 championship along the way. That earned themselves a trip to New Orleans where they faced Alabama in the Allstate Sugar Bowl. Unfortunately, the game didn’t go as planned as Kansas State fell 45-20 to the Crimson Tide. Here are my three thoughts on the game.

This game should have all been about Kansas State and instead, it turned into the Bryce Young show. He ended the game throwing for 321 yards and five touchdowns on the day. Young put on a show to remember, and I am sure Kansas State isn’t going to forget about it anytime soon. In fact, I was a little surprised he played in this game due to the fact that he very well may end up being the number one pick in the 2023 NFL Draft next May. It felt like he could do no wrong in this game and no matter who you root for, you must give him a tip of the cap for his performance. He’s going to be one heck of a player in the NFL.

Over the last few games for Kansas State, the big story has been the play of quarterback Will Howard. He took the job from Adrian Martinez and never gave it back. Will has had some big moments during the year, but he just didn’t have it today. Howard went just 18/35 and threw two crucial interceptions. One of those picks turned into points shortly after which put the game out of reach in the third quarter.

Outside of Deuce Vaughn, the Wildcats struggled on offense. Vaughn had one long 88-yard touchdown run in the first quarter that put his team up 10-0. Unfortunately, the offense didn’t do much after that as they were outscored 45-10 in the final 46 minutes of the game. I thought this game would be close and it ended up being a blowout for Alabama. It certainly was a disappointing game for Kansas State despite a great season.

3. What a Season for Kansas State

Despite not winning the game, take a step back for a minute. Remember when Chris Klieman was hired back in December of 2108? Everyone including myself questioned the hire by Athletic Director Gene Taylor. It turns out that Gene made the right move as Kansas State just won their first Big 12 title in ten years earlier this month against TCU. I know the result of the Sugar Bowl was disappointing but there is no question that Chris Klieman is the right man for the job after this year. The future of Kansas State football is bright and that has to be encouraging if you are a Wildcat fan.