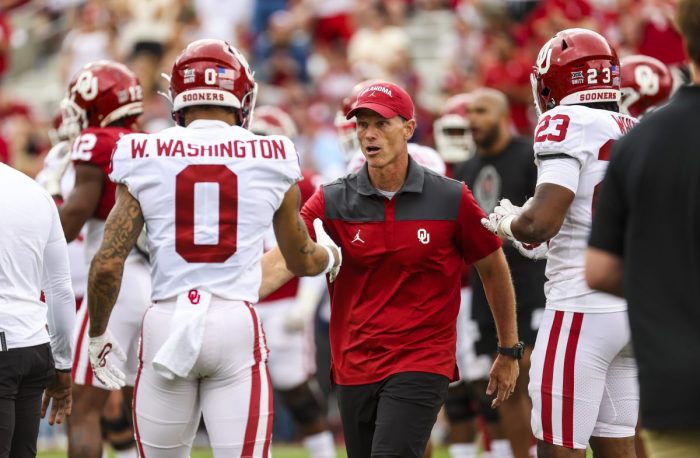 The Oklahoma Sooners football program got a big boost for the 2023 season with the return of cornerback Woodi Washington.

Washington made the announcement on Twitter on Sunday night, simplying writing, “Run it back ! #SoonerNation”.

Washington came to Oklahoma as part of the Class of 2019 as a consensus four-star prospect and has been a big contributor each of the past three seasons. This past season, he started all 13 games and totaled 67 tackles, 0.5 tackle for loss, one interception, six pass breakups and a forced fumble.

Oklahoma is coming off a disappointing 6-7 season in Brent Venables’ first season as head coach, but his defensive pedigree is expected to pay off big dividends once he gets the right pieces on that side of the ball.

The Sooners finished eighth in the Big 12 in scoring defense, ninth in total yards allowed, ninth in rushing defense and 10th in passing defense. Bringing back the No. 1 cornerback on the team gives Venables the base he needs to start imrpoving those numbers in 2023.