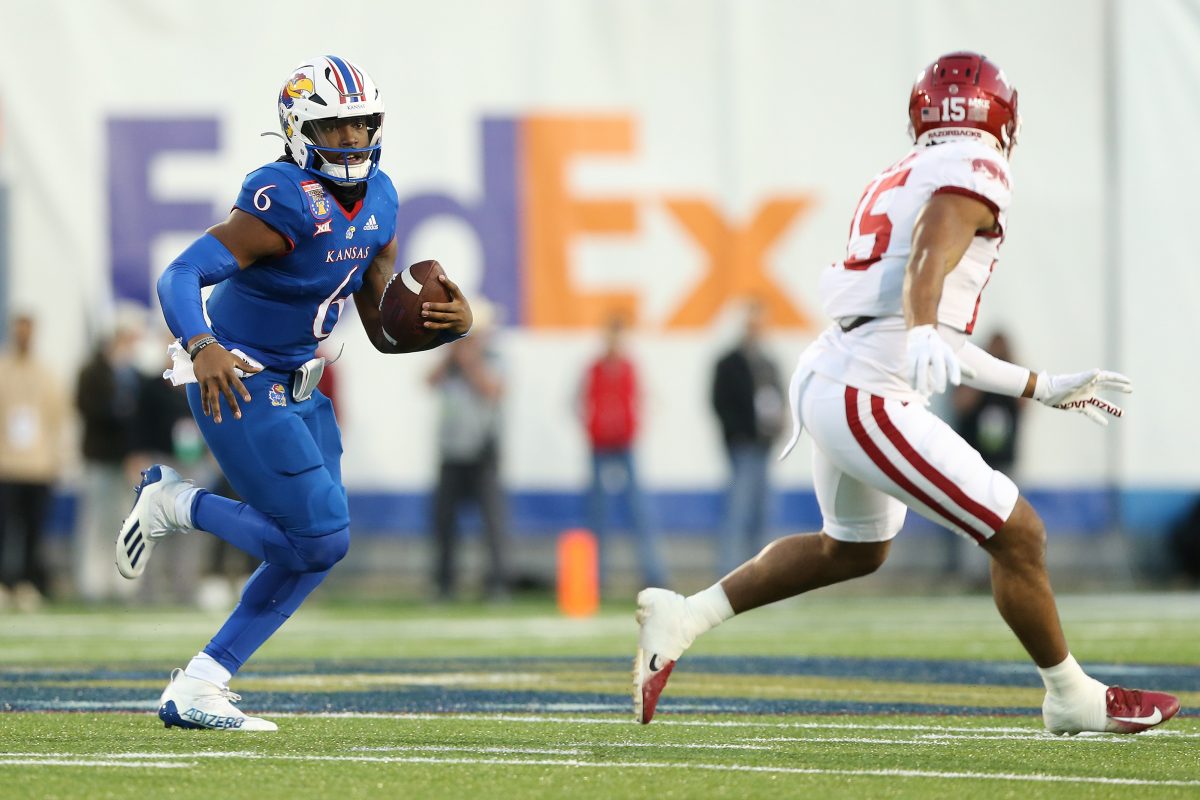 Kansas quarterback Jalon Daniels burst onto the scene early in 2022 as the junior led Kansas to a 5-0 start before being injured against TCU and being forced to miss several games.

When he was on the field this season, Daniels was a superstar. He finished the year ranked third nationally in QBR (88.0) and an absolutely monstrous performance in the AutoZone Liberty Bowl that almost single-handedly won Kansas the football game.

In 3OT, the Jayhawks fell 55-53, but Daniels was a one-man wrecking crew, with 544 yards passing and five scores — both Liberty Bowl records — while completing 67.3% of his passes, and also adding a score on the ground.

If there was any doubt that Daniels was going into 2023 as one of the stars of the Big 12, there isn’t after that kind of performance.

Daniels is seeing another benefit of his success this season, and that is his increased marketability. With Kansas being the darling of college football for the first half of the 2022 season, Daniels spent a lot of time on television. That’s why it should come as no surprise that Daniels recently inked an NIL deal with Adidas, making him a brand ambassador.

Mass Strategies, a KU-focused NIL Collective reportedly helped Daniels land the deal, and with it being Adidas, there is a major bonus. Since Kansas is an Adidas school, the Jayhawks’ quarterback will be able to represent the brand while he is on the field. This isn’t very common in the NIL age, as players will often sign with brands that don’t coincide with what their official team gear is and must refrain from using their personal endorsements during play.

“You only get this type of reach when you overextend,” Daniels wrote in his Instagram post announcing the deal.

Kansas will enter the offseason with a bowl game under its belt, and will now hope to build on this success going into next season.