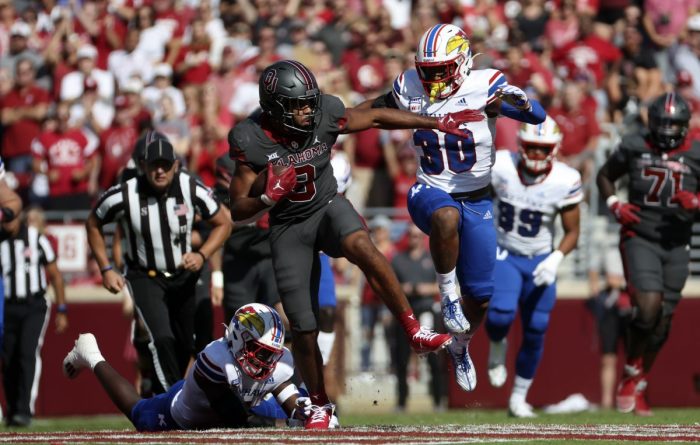 After a terrific final season in Norman, Oklahoma tight end Brayden Willis has officially declared for the 2023 NFL Draft.

An outgoing senior, Willis has run out of eligibility with the Sooners, making his declaration for the draft just a formality at this point.

“To my brothers, my family away from family, that I’ve created here consisting of my teammates and peers is a lifelong, unbreakable bond that I will cherish forever. I appreciate every single one of you pushing me as a player, as a leader every day.

“To the coaching staff, worlds cannot express how grateful I am to you. You believed in me, you put your trust in me and poured into me. You led by example and showed me that despite the adversity of the season, trust in God, trust in the process, and to serve others no matter what.

“And last, but certainly not least, to Sooner Nation. The most passionate, supportive fan base in the world. I will never forget how you accepted me from Day One, embraced me with the highs and lows, and supported me as I leave this great university.”

According to NFL Draft FanNation, Willis is projected as a fifth-round pick but could improve on that grade with a good pro day and combine.