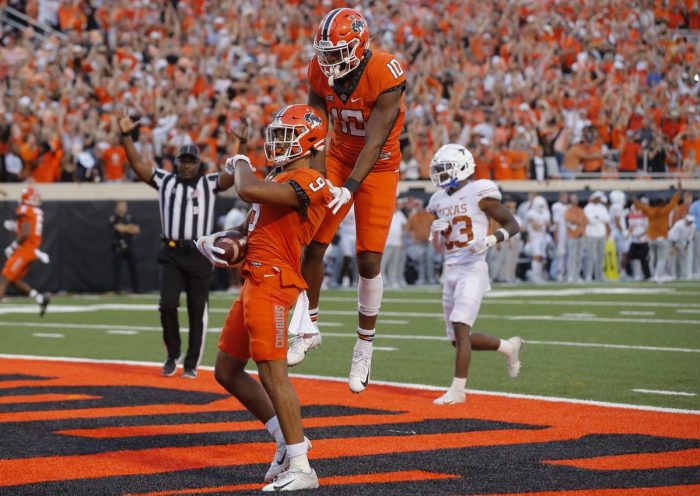 Just one day after Oklahoma State captain and wide receiver John Paul Richardson shocked folks by entering the transfer portal, there is more bad news coming out of Stillwater on Wednesday.

Green, the second-leading receiver for the Pokes, will take 584 yards and five touchdowns on 36 receptions with him as he hits the door with at least two more years of eligibility left.

Listed at 6-1, 205 pounds, Green was beginning to grow into a dominant presence on the outside for Oklahoma State and looked like he might be the future go-to guy in Stillwater. Green had three games with over 100 yards this season, with his 133-yard performance against Texas being a career-high.

Johnson, one of the more promising young wideouts in the program, played in 10 games for the Cowboys in 2022 and recorded 17 receptions for 293 yards and two touchdowns. His most memorable play of the season came against Wisconsin in the Guaranteed Rate Bowl last month with an 84-yard touchdown to get the Cowboys on the board midway through the first quarter.

Johnson, a promising three-star prospect in the class of 2022, will take three years of eligibility and a redshirt with him to his next destination.

Something big is going on in Stillwater and it’s just a matter of time before we find out what exactly it is.