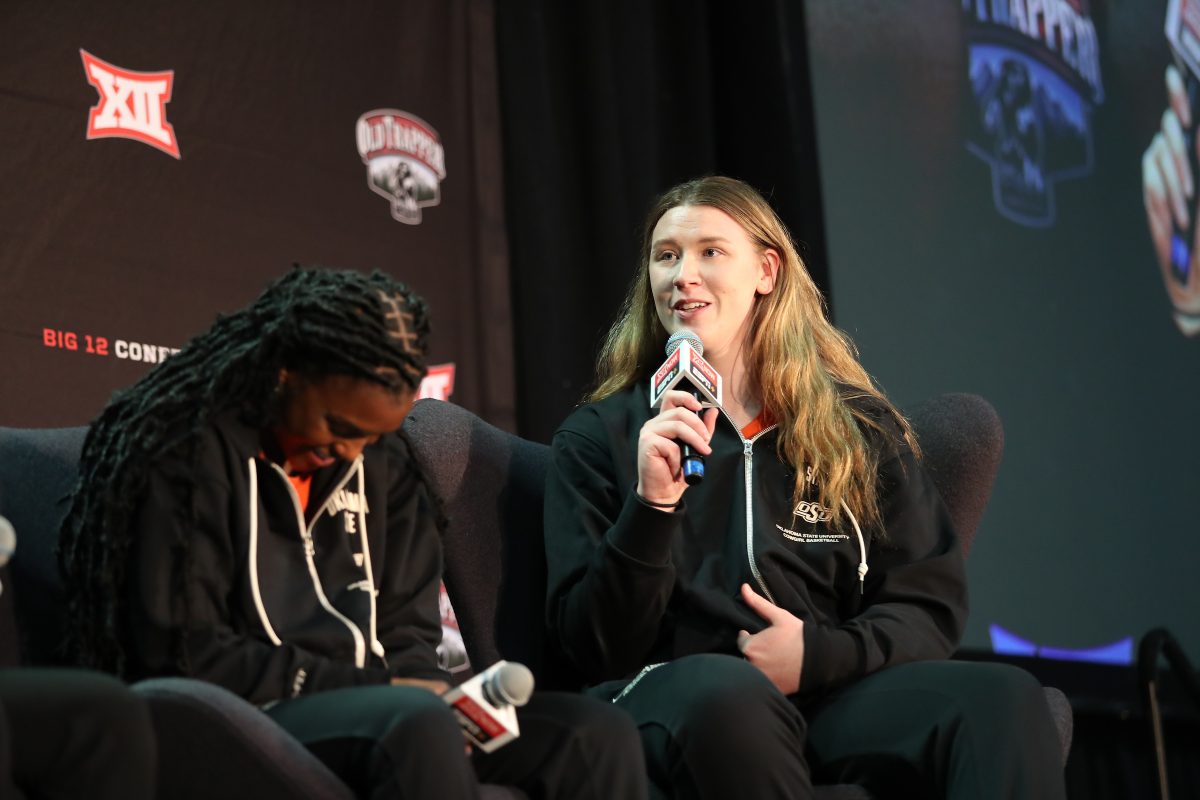 For the first time in 2023 the Big 12 has seven teams in ESPN’s most recent Bracketology for the Women’s NCAA Tournament next March.

Think you know who it is? Here are three thoughts on ESPN’s latest Women’s Bracketology from a Big 12 perspective.

I actually used that headline last week in writing about the Cowgirls, who weren’t in the field but were among the First Eight Teams out of the field. So what happens this week?

Oklahoma State crashes the party … after a 15-point loss to Kansas?

Believe it or not, like the Cowboys, the Cowgirls were the last team in ESPN Bracketology’s field released on Tuesday. They would play a First Four game against Michigan State.

We talk about the power of the Big 12 Conference for the men. But there is plenty of power on the women’s side, too, and that showed up on Saturday. Kansas was the equivalent of a Quad 1 loss for Oklahoma State. It kept the Cowgirls’ NET rating in the Top 50 (they were ranked No. 48 as of Tuesday). Last Tuesday, OSU’s NET ranking was No. 46.

Texas blew out Kansas State in its Big 12 opener. That was certainly disappointing for the Wildcats. They were without leading scorer Gabby Gregory. I was curious how many seeds that loss might cost the Wildcats.

Now, the Wildcats still have significant room to navigate. They’re not on the bubble. But, if Gregory is out for an extended period of time the Wildcats bear watching. I did a scan Tuesday night and found no update on her availability for Wednesday’s game. Gregory is the Big 12’s leading scorer. If the Wildcats are to make a Tournament push, they must have her.

The next two games are important for Kansas State. Both are against teams that, at the start of the season, I would have said would be underdogs against K-State. I still think they are. But, one is Oklahoma State and one is West Virginia and both are undeniably playing better than at this time last year.

Oh, and by blowing out Kansas State, Texas climbed two seed lines to No. 9.

Will Oklahoma Get An Adjustment?

Looking ahead to next week, the Sooners may see their seed line drop a bit after falling to Baylor by nine points at home on Tuesday night (this edition of Bracketology came out before the game).

Plus, Iowa State is preparing to face Iowa State on Sunday. What happens if the Sooners lose both games?

Oklahoma’s NET rating before the Baylor loss was 47. That was just one ahead of Oklahoma State. Oklahoma’s three true road wins help it a great deal at this time. But the home loss to Baylor, combined with another potential home loss to Iowa State on Sunday, could drop the Sooners by as many as two seed lines.

The effect of that could be that the Sooners might not be able to host a sub-regional as they did a year ago. It might also mean the Sooners drop out of the AP Top 25 on Monday, something they’ve already done once this season.