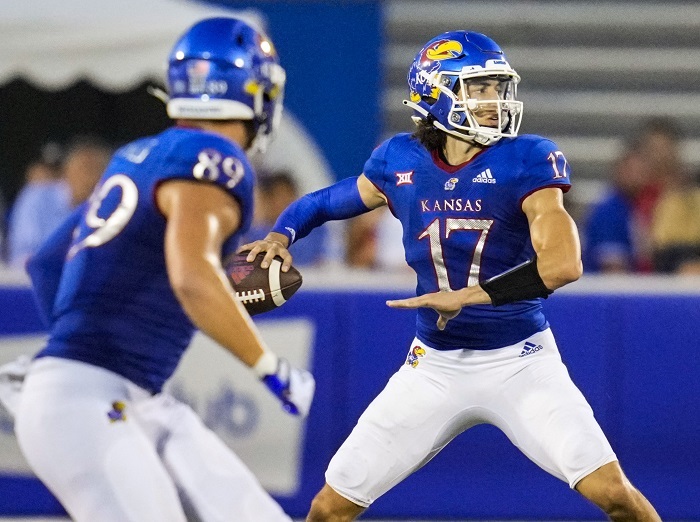 Kansas Quarterback Jason Bean announced his return to the Jayhawks on Twitter Friday afternoon with the caption, ‘Rock with me or don’t. More work to do.’

Bean has seen the field off and on for the Jayhawks in his years at Lawrence and in the 2022-2023 season, Bean threw for 1280 yards, 14 touchdowns, and 4 interceptions as a Senior. Jason Bean was the starter when Jalon Daniels went down with an injury this season, and for the Jayhawks, his leadership and knowledge of the system are major assets for a team on the rise.

Bean is a veteran in the Jayhawks locker room and gives them another level of experience among Lance Leipold’s group. The highlight video Bean shared also shows off major moments from his past four seasons in Lawrence.

Going into next season, it is expected that Jalon Daniels will be QB1 in Lawrence, especially after his five-touchdown, 544-yard performance against Arkansas in the AutoZone Liberty Bowl

Wether Bean is listed as the starter for Kansas or not, he is a significant playmaker and his presence is a major factor for the Jayhawks.