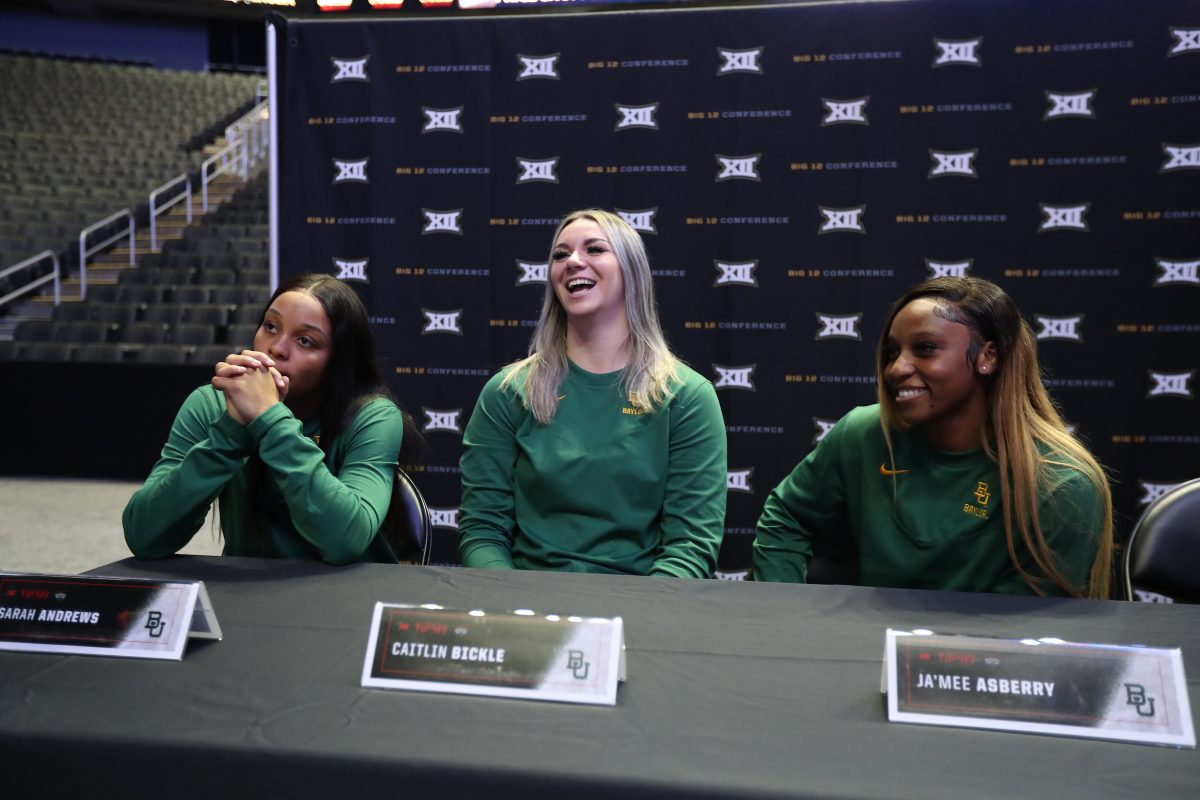 The Baylor Bears are No. 1 in the Heartland College Sports Big 12 women’s basketball power rankings after the first full week of Big 12 Conference action. Our Power Rankings appear every Tuesday.

The Bears not only won two games on the road last week, but they won two games on the road against ranked teams, defeating Oklahoma and Kansas. Look, they hope to get Aijha Blackwell (likely) and Dre’Una Edwards (far less likely) back at some point. But, Sarah Andrews is firing away, Darianna Littlepage-Buggs is growing up fast and Caitlin Bickle is the player that holds it all together.

The Jayhawks fell to Baylor in Big 12 action on Saturday, but there was no shame in it for the Jayhawks. They kept it close until the end. But Baylor did give them some things to chew on, including how the Bears put the clamps on guards Holly Kersgieter and Zakiyah Franklin, along with center Taiyanna Jackson. That film is going to get a serious breakdown.

The Sooners were a last-second win over Iowa State away from a really rough week, especially after falling to Baylor at home. But, outlasting the Cyclones at home on Sunday is a big win for this program in the context of its development and the Big 12 race. Ana Llanusa is turning into the Sooners’ go-to player of late.

The Cyclones lost their first Big 12 game of the season on Sunday. The worse part may be the injury to center Stephanie Soares, who has been a game-changer for the Cyclones inside. Without her ISU is still a really good team, as evidenced by how it played on Sunday. But, with her, she changes the dynamic of how far they can get in March. Coach Bill Fennelly said Soares’ prognosis “didn’t look good,” but we’ll see.

The Cowgirls scored a big win over Texas on Saturday. OSU needed to finish off a Big 12 win, and to do it against the defending Big 12 Tournament champion gets this team pointed in a good direction. It’s a great win when it comes to determining final seeds in the NCAA Tournament. It shows that, at least for now, the Cowgirls are a player for the Big Dance.

Texas is trying to get pointed back in the right direction, and the Longhorns appeared to be headed that way until they ran into Oklahoma State on Saturday. Now, falling to the Cowgirls by four certainly isn’t that bad a loss. But it’s just another sign that Texas still has plenty more work to do in order to be March-ready.

There’s a big gap between the Mountaineers and the Cyclones, based on WVU’s 20-point loss at mid-week. Not so much Kansas State, as WVU went into Manhattan and came away with a 77-70 win over the Wildcats. Like Oklahoma State, the Mountaineers are trying to build an NCAA Tournament case. Beating a team like K-State can help.

The Wildcats got Gabby Gregory back and immediately beat Oklahoma State at home to remove some of the ugliness of that 87-41 loss to Texas in the opener. But, giving up what could have been a win to West Virginia at home shows that they’re still trying to find a groove in Big 12 play.

The Lady Raiders ran into a buzzsaw against Kansas at mid-week. The Jayhawks were playing some of their best basketball of the season. Tech went into Fort Worth to take on TCU and claimed their first Big 12 win. Like Oklahoma State and West Virginia, the Lady Raiders are trying to build up their case for March. A win over TCU won’t necessarily bolster it, but it won’t hurt it.

Tomi Taiwo had an incredible game against Texas Tech, scoring 33 points. But, the Horned Frogs couldn’t pull off the win and went 0-2 for the week. If Taiwo can put up that kind of offense every game, the Horned Frogs can get in the win column soon. And TCU needs it — it hasn’t won a Big 12 game since this time last year.