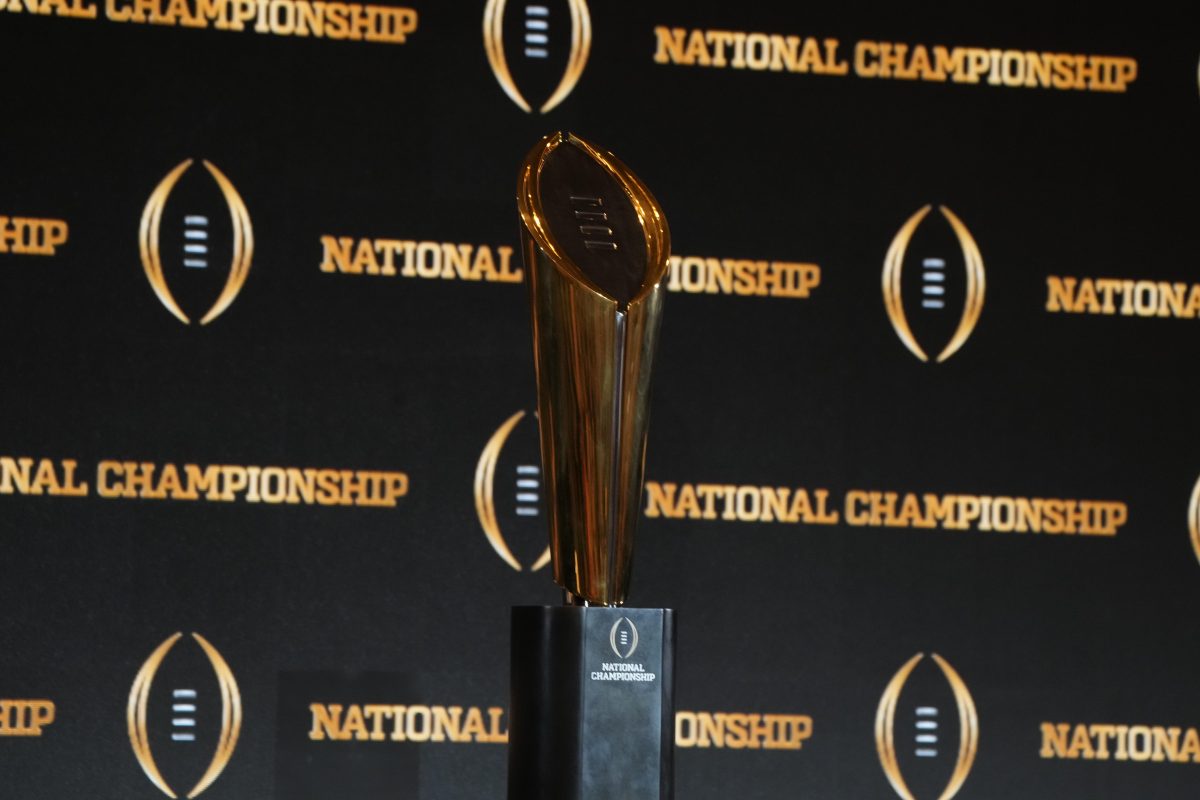 Here is everything you need to know about the upcoming matchup between the TCU Horned Frogs and the Georgia Bulldogs in the College Football Playoff National Championship Game.

Fun Fact: The last time these two teams met was after the 2016 season in Memphis, Tennessee, for the AutoZone Liberty Bowl. Nick Chubb and the Bulldogs ran to a 31-23 victory over Kenny Kill and the Horned Frogs to end the year 7-5 and drop the Horned Frogs to 6-6.

While he wasn’t particularly accurate against Michigan on Saturday, Max Duggan did what he has done all season long, and that is will his team to victory. In a performance where he completed just 14 of 29 passes for 225 yards, two touchdowns, and two interceptions, Duggan was a game-changer with his legs in the ball game and extended several plays that ended up being scores because of his pocket awareness an elusiveness. Touchdown passes to Taye Barber and Quentin Johnston both happened on plays where Duggan left the pocket, while his 57 yards and two scores on the ground were also pivotal plays.

TCU’s defensive line was supposed to be a non-factor against the Joe Moore Award-winning offensive line from Michigan. Instead, the Horned Frogs were able to get pressure on J.J. McCarthy and force him into several bad throws, two of which turned into pick-sixes. Senior defensive lineman Dylan Horton recorded four sacks on the day and was the leader for an upstart defensive front that proved it is capable of playing physical football against the nation’s best. He will need to have another massive game against the Bulldogs this week if TCU is to finish their dream season on the winning side of the scoreboard.

Former JUCO and walk-on quarterback Stetson Bennett has morphed into one of the top offensive players in college football and even earned a chair in New York as a Heisman finalist alongside Max Duggan last month. Now, the senior quarterback will hope to lead Georgia to its second-straight national title after taking down Ohio State in dramatic fashion last week. Against the Buckeyes, Bennett completed 23 of 34 passes for 398 yards and three touchdowns with one interception. Bennett is worthy of the praise he has received, and is more than capable of winning games for the Dawgs, as he has proven over the past two seasons, going 27-1 as a starter over the last two seasons.

Without a doubt, Jalen Carter will be the best player that TCU has seen all season long. The 6-3, 300-pound defensive lineman out of Apopka, Florida will be a top-five selection in the 2023 NFL Draft. While he has had to deal with some injuries in 2022, Georgia’s big man in the middle has been an immovable force and has been special in the past seven games. In that span, Carter has had 25 tackles, 6.5 tackles for loss, 3 sacks and 2 forced fumbles. PFF’s defensive grade for Jalen Carter in 2022 is a 92.4. For reference, Will Anderson’s grade from an incredible 2021 season was an 89.8… Yes, he’s that good.

What is the status of TCU star running back Kendre Miller? The star TCU running back was injured against Michigan but expressed optimism after the game that he would suit up against Georgia. “My knee bent in and kind of buckled,” he told media after the game. “It feels kind of loose right now, but I don’t think it’s that bad. I had an MCL sprain earlier in the year, but it’s not near as bad as that. I think I’ll be good next week.” If Miller is able to go for the Frogs, it would be a major boost for the Horned Frogs’ offense. If he can’t, it would be quite a blow.

Can Georgia clean up its passing defense after getting torched by Ohio State on Saturday? Ohio State quarterback C.J. Stroud went 23-34 for 348 and four touchdowns through the air, and probably should’ve won the ball game. Instead, it will be the Bulldogs in the national title after they weathered the storm and found a way to win the game. If they don’t clean it up, Max Duggan and TCU are more than capable of making the Bulldogs pay through the air, which should be music to Sonny Dykes’ ears.

On paper, Georgia is the better football team. They have a vastly superior defense, statistically speaking. Their offense is built to give teams like TCU issues. Sometimes, teams are just destined for greatness though, and I believe the Horned Frogs are a team of destiny. Give me TCU to win in a thriller and shock the world, because why not? If Kendre Miller can get back in the fold for the Horned Frogs, they will implement one of the most dynamic offenses that Georgia has seen all season, including Ohio State. If the Bulldogs come into this game thinking that TCU is just lucky to be here, they might just find themselves in for a dogfight. I think that is exactly what will happen, and I think Max Duggan will play one heck of a football game, leading TCU to its first national championship since 1938.