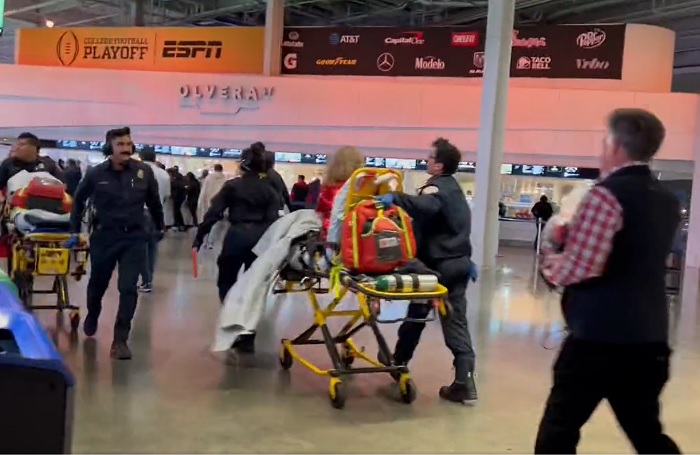 According to radio host Arash Markazi, who provided video, several fans were slipping due to wet floors in SoFi Stadium, caused by the rain in L.A. on Monday, which was resulting in fans being taken out in stretchers.

There had been other reports of rain causing slippery conditions around SoFi Stadium for previous events.

Considering SoFi Stadium cost $5 billion to build, having to avoid slipping in the concourse when it rains doesn’t seem like something fans should have to worry about.