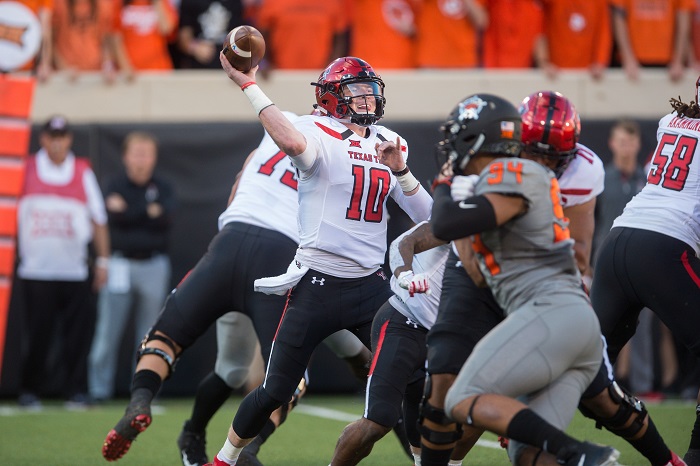 A familiar face will return to the Big 12 in 2023 as quarterback Alan Bowman will make his return to the conference, but this time around he will be playing for a team with a different gun-toting mascot.

Instead of a Red Raider, Bowman will become a Cowboy as he committed to Oklahoma State on Monday.

In a tweet, Bowman announced his commitment, saying, “Can’t wait to get rolling! Go Pokes.”

Bowman has spent the last two seasons in Ann Arbor, and hasn’t seen much time in that tenure, having just 11 pass attempts over the past two seasons, completing eight passes for 69 yards, one score, and one interception.

However, prior to his time with Michigan, Bowman spent three seasons in Lubbock completing 67% of his passes for 5,260 yards, 33 touchdowns, and 17 interceptions.

A native of Grapevine, Texas, Bowman was listed as a three-star prospect in the class of 2018 and has plenty of experience coming to Stillwater with just one season of eligibility remaining.

He will likely have to shake off some rust to get going, but having experience and success in this league will be a welcome sight in Stillwater with Spencer Sanders heading out the door.

Three Thoughts on AP Men’s Top 25: K-State In, Baylor Out, Kansas on the Rise
Stephanie Soares Out For Rest of Season At Iowa State
To Top