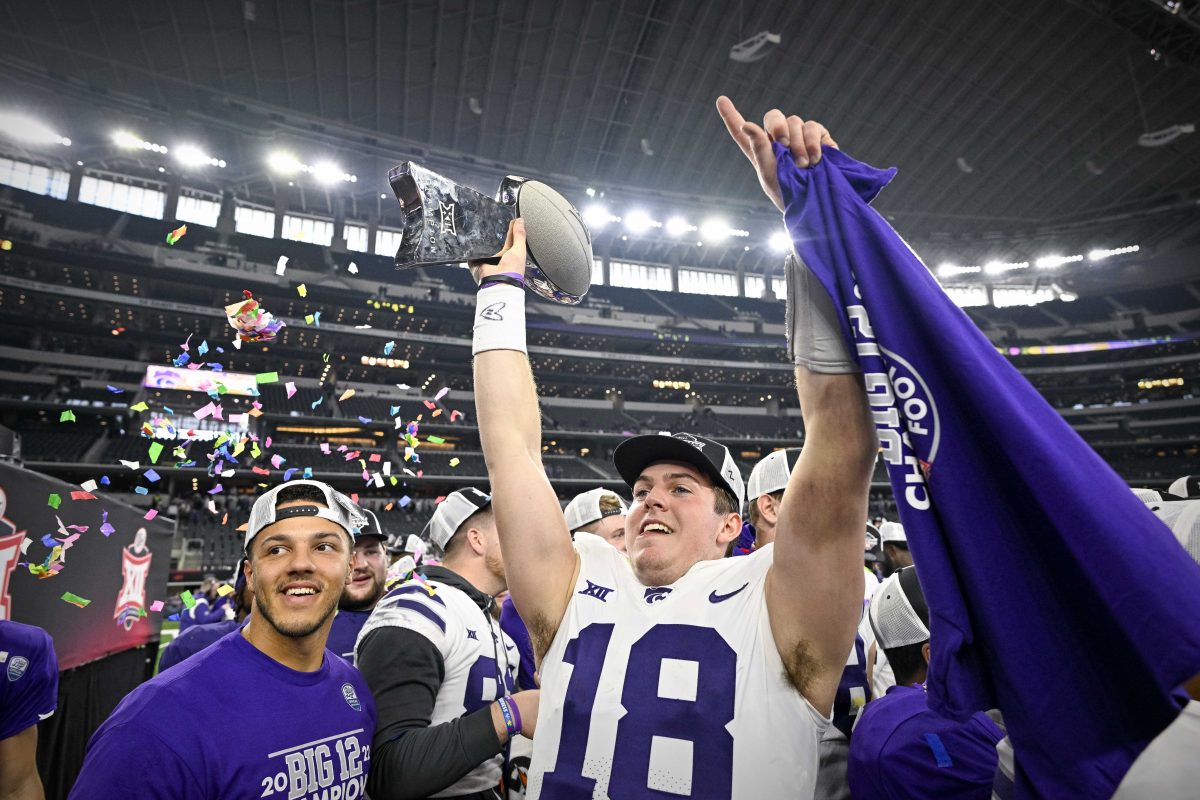 The 2022 college football season is in the books and the Georgia Bulldogs are back-to-back national champions. The TCU Horned Frogs ran into a buzzsaw on Monday night, as UGA thumped them 65-7, leaving them as the national runner-up and 13-2 on the year.

Now, everyone is turning their eyes to next season and wondering what will become of the 2023 season, and there are Way-Too-Early Top 25 lists coming out all over the place.

CBS Sports released its version of the list on Tuesday, and four Big 12 teams made the cut.

Here are each of the four teams, and what CBS Sports’ Dennis Dodd had to say about each team going into 2023.

Chandler Morris takes over at QB following an inspiring playoff run led by Max Duggan. The likely loss of leading receiver Quentin Johnston to the NFL Draft will hurt but the receiver room is deep. Defensive coordinator Joe Gillespie was sneaky good with a scheme (3-3-5) that is the sum of its parts. In the first year of the new Big 12, look for the Horned Frogs to have a legitimate chance at repeating.

As usual, this will be an unusual year on the Forty Acres. Steve Sarkisian is coming off an eight-win season but is still only 13-12 at Texas. That makes this a pivotal year with the arrival of savior QB Arch Manning while Quinn Ewers attempts to hold onto the starting job. Bijan Robinson will be hard to replace in the backfield. Sark has recruited well, but If the Horns don’t beat Oklahoma and challenge for the Big 12, there will be rumblings.

“The defending Big 12 champions are peaking under Chris Klieman. The only Big 12 team to defeat TCU loses RB Deuce Vaughn, but QB Will Howard can run around and make enough place to keep the Wildcats in every game.“

“OK, call it a charity ranking. The Sooners have a lot of work to do after their first losing season since 1998. Dillion Gabriel was just OK at QB. His best receiver (Marvin Mims) and rusher (Eric Gray) have departed. There’s going to be some pressure on Brent Venables in his second season after his D gave up 35 points per game. A top-10 recruiting class should help.“

Here’s a look at the entire Way-Too-Early Top 25, courtesy of CBS Sports.