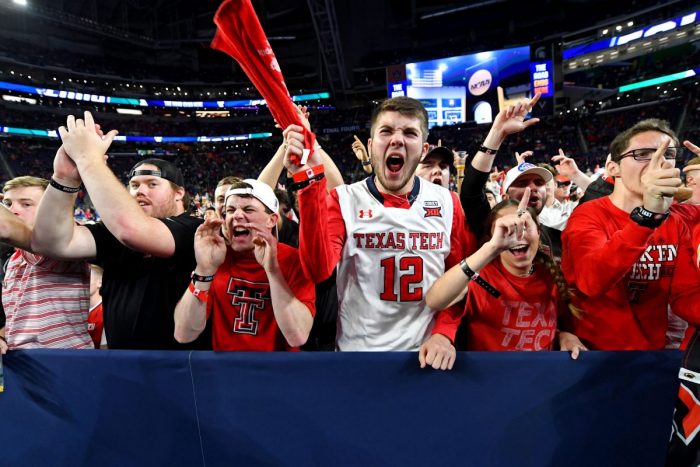 The Texas Tech Red Raiders have had a rough start to conference play on the court but fortunately for Tech, forward Fardaws Aimaq is returning to practice. The update comes from head coach Mark Adams and with Tech facing 10th-ranked Texas, Baylor, and 11th-ranked Kansas State over the next week-and-a-half, Aimaq’s return is massive for the Red Raiders.

The senior from British Columbia finished the 2021-22 season with a bang averaging 18.9 PPG and 13.6 RPG which was second in the country. The Red Raiders are coming off one of their worst losses in recent memory losing to 14th-ranked Iowa State 84-50 in Ames.

Texas Tech is currently tied with West Virginia for last in the Big 12 with an overall record of 10-6 and 0-4 in Big 12 play. After kicking off the season with a 67-61 loss to 17th-ranked TCU, the Red Raiders lost 75-72 against 2nd-ranked Kansas. They then dropped another game 68-63 against Oklahoma before last week’s blowout loss against 14th-ranked Iowa State.

Three out of four games for Texas Tech have been against top 25 teams, TCU, Kansas, and Iowa State, and unfortunately for Tech, the road ahead isn’t much easier. The Red Raiders travel to Austin to take on the 10th-ranked Texas Longhorns, followed by Scott Drew and Baylor, before heading to Manhattan to take on the 11th-ranked K-State Wildcats.

With Aimaq returning to practice this week he will still have to get adjusted back to game speed so it is more-than-likely to assume Aimaq will still miss some time this season but at least for now, Texas Tech fans can take a breath of fresh air.

Something Needs to Change in Lubbock, and Quickly
Big 12 Women’s Basketball News and Notes for Jan. 13
To Top