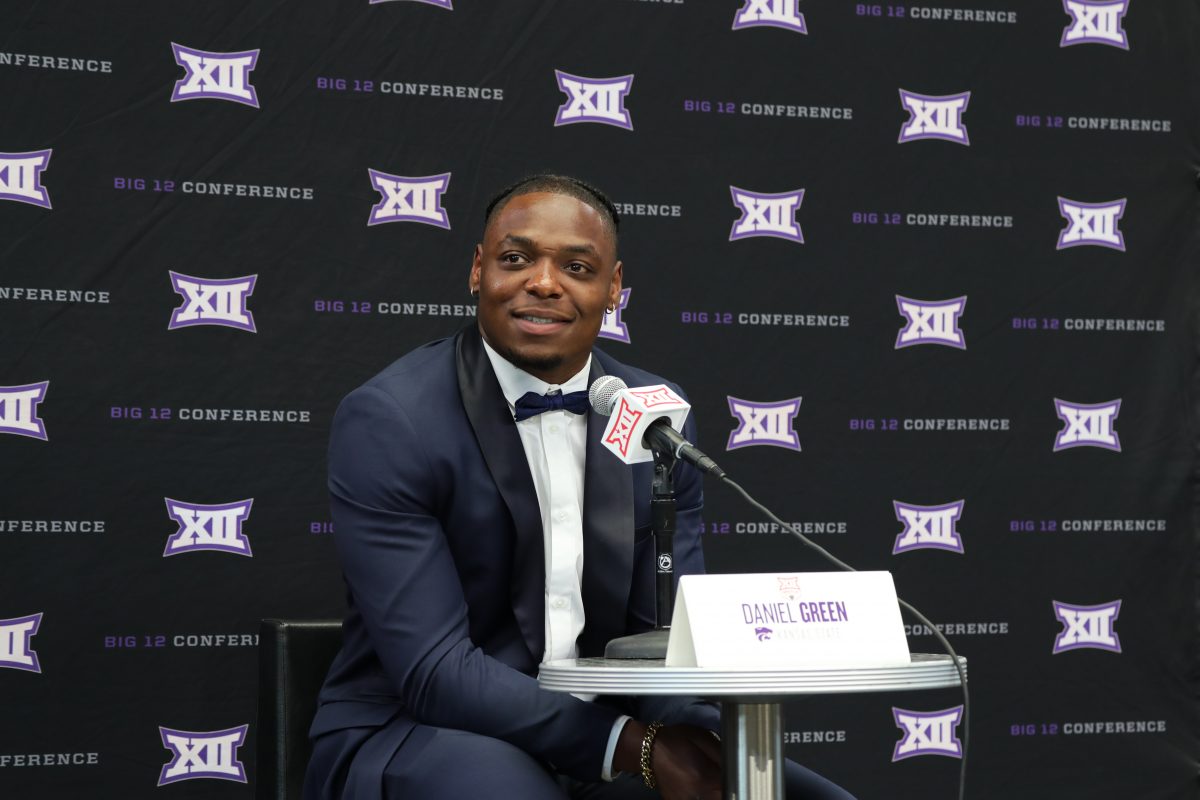 The Kansas State Wildcats got a huge boost to their defense on Saturday when linebacker Daniel Green announced he would be returning for the 2023 season.

Green in part on his Twitter post wrote, “After a senior season plagued by injury and not being 100% for most of the year, I want to finish my college career playing my best ball… see y’all in the fall.”

Despite saying he was not 100% for most of the season, Green played in 13 games, with 58 total tackles, 3.5 tackles for loss and two sacks. Green had a season-high 10 tackles in K-State’s win over TCU in the Big 12 Championship Game. Green was a 2022 Preseason All-Big 12 selection and ended up as an Honorable Mention player.

Saturday was a good day for the Wildcats defense. Earlier in the day, the Cats added Mississippi State defensive lineman Jevon Banks in the transfer portal. Banks had 25 tackles and a half-sack over his three seasons in Starkville with the Bulldogs.

Last season, K-State’s defense led the Big 12 in defensive efficiency on the season, while ranking in the top half of the league in total defense, rushing defense and passing defense.

TCU Closing in on Kendal Briles to be Next Offensive Coordinator: Report
Brock Purdy Wins First NFL Playoff Start for 49ers
To Top