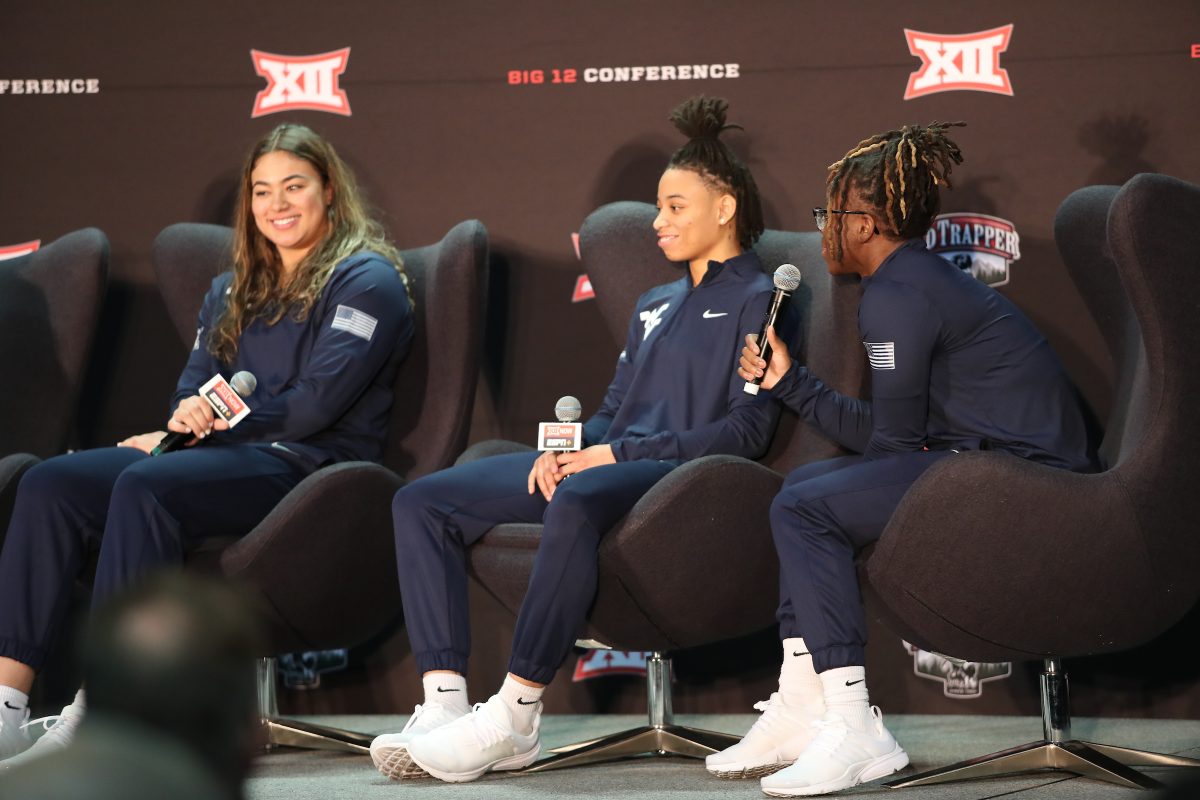 The West Virginia Mountaineers beat the No. 18 Baylor Bears, 74-65, in a Big 12 women’s basketball matchup at WVU Coliseum in Morgantown, WV, on Sunday. Here are three thoughts on the game.

West Virginia (12-4, 3-2) has now won three straight since losing its first two Big 12 games and beat Baylor for the first time in 11 tries at home.

The Mountaineers weren’t perfect, but they played at a ranked team’s level on Sunday, even though at one point they had a 14-point lead and were down 10 points. They rode the game’s natural swings and held Baylor to eight points in the final quarter.

It was a 7-0 run that gave WVU a 66-59 lead with five minutes left that put them in control of the contest. From there, the Mountaineers did good work at the free-throw line.

JJ Quinerly had 17 points. She sat for a good portion of the first half in foul trouble but scored 11 points in the third quarter that helped WVU erase that 10-point deficit. Jayla Hemingway had her second career double-double with 15 points and 14 rebounds. Kylee Blacksten had 16 points and Madisen Smith had 17 points and four assists.

West Virginia limited its own mistakes, making just nine turnovers. But where West Virginia really exceled was converting Baylor’s 15 turnovers into 22 points. That likely made the difference in the game.

The turnovers hurt, for sure. But the Bears made up for it by owning the glass, 46-37, and controlling the tempo of the game in the middle two quarters. At one point Baylor went on a 16-1 run to erase West Virginia’s double-digit lead and start Baylor on its way to building its own double-digit lead.

One nice development for Baylor was the return of guard Aijha Blackwell, who played 11 minutes and scored two points. She’ll help the Bears once she has her legs back under her.

West Virginia went through an offseason of chance with the departure of Mike Carey and the hiring of Dawn Plitzuweit. She was at South Dakota last season and led the Coyotes to a second-round NCAA Tournament win over Baylor and coach Nicki Collen. So, Sunday’s win was the second straight head-to-head win for Plitzuweit.

But, it’s not about that. It’s about what she’s quickly built in West Virginia into an NCAA Touranment contender. The Mountaineers played in one of the first two Big 12 Tournament games last March as a No. 7 seed. The Mountaineers are starting to show that they could be better than that. Two of WVU’s three league wins were against Kansas State and TCU, the latter of which is winless. Beating Baylor at home — a place the Mountaineers had never beaten them before — represents a big step for what Plitzuweit is trying to build.