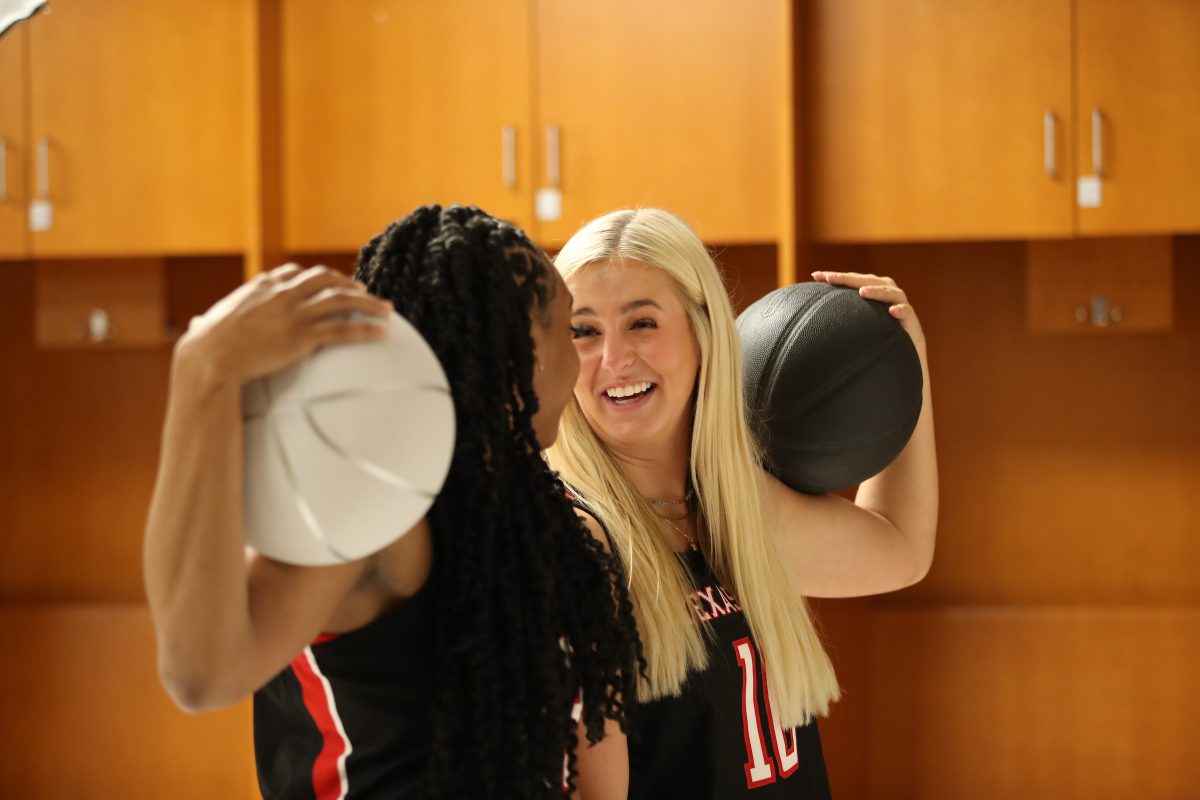 The third week of Big 12 women’s basketball conference action is a wrap. Here are three takeaways from the latest week of the league slate.

From Beneath You, It Devours

Four teams were the lowest four seeds in the Big 12 Tournament last March — West Virginia, Oklahoma State, Texas Tech, and TCU. Three of them have shown enough improvement to be potential influencing factors in the Big 12 regular-season race.

I don’t think this means Oklahoma State, Texas Tech, and West Virginia can win the Big 12 regular-season title. But, all three can influence who wins the Big 12, while also burnishing their March credentials.

In fact, two of them have already started.

Oklahoma State, with 13 wins, has already exceeded last year’s win total. The Cowgirls beat Texas and Baylor back-to-back, the latter of which was the Cowgirls’ first win over a ranked team in three years. The Cowgirls are one of four Big 12 teams with winning records on the road this season.

West Virginia is coming off its first win over Baylor in Morgantown ever. Yes, ever. In fact, before Sunday’s win, West Virginia had only beaten Baylor three times. The Mountaineers are three wins away from tying last season’s win total.

Texas Tech doesn’t quite have that credential-building win in league action just yet. But the Lady Raiders have 14 wins, which is three more than last season.

I felt going into the Big 12 slate that all three had a chance at postseason play, whether it be the NCAA Tournament or the Women’s NIT. While you want those wins over ranked teams, how these three teams do against each other, along with TCU, will have a lot to do with where they end up.

It’s a unique round-robin tucked into league play between these four teams. All three have played TCU once and won. But they’re about to start playing one another.

At that point, we’ll start to see who’s truly improved and has a chance to go to the NCAAs. But, what I see are three teams that will be dangerous for the five teams most see as the league’s best — Baylor, Iowa State, Kansas, Oklahoma and Texas.

I also see three teams that should finish league play better than .500, which should make them contenders for both selection committees.

How Far Does Kansas Fall?

At one point the Kansas Jayhawks were getting national attention for going on the road and beating ranked Arizona in December. Now? Kansas has lost four of its last six games, including three straight. Two were against ranked teams (Baylor and Oklahoma) and the other was against a team that just re-entered the Top 25 (Texas).

Well, Big 12 play happened, to some extent. If you look at the team statistics through five games, Kansas is basically in the middle of just about every category. Two, however, bear mentioning. The Jayhawks have the second-worst assist-to-turnover ratio in the conference at 0.69, and they’re second-worst in combined opponent rebounding (40.2 per game). That’s in spite of center Taiyanna Jackson leading the conference in rebounding at 14.0 per game in five league games.

It’s not all on Jackson, of course. The rebounding rate and the Jayhawks’ upside-down rebounding margin would tell anyone that they’re not getting enough out of the entire team at the glass. But, teams are starting to figure out how to minimize Jackson’s impact on both ends. Baylor did it. So did Oklahoma. The key is to be physical with her, as much as possible, as often as possible.

That puts more on players like Holly Kersgieter, Zakiyah Franklin and Ioanna Chatzileonti to produce and be a little more efficient. Being in the middle of the league’s overall statistics means your overall margins are narrower. Kansas has a positive net point differential in league play. But it’s less than two points.

With no Big 12 women’s games until Wednesday, this is a good time to look at the league from an NCAA NET perspective (as of Jan. 16)

For context, here’s how the other power conferences stack in terms of Top 75 teams:

And the Big East with seven.

The Big 12 is right in line with the Pac-12 and the SEC in terms of strength of conference. We’re getting to that point where the NET ratings really start to stabilize. So, having nine teams in the Top 75 will really help the league going into March. Basically, any Big 12 team with a winning overall record is going to be considered for a postseason berth, whether it’s the NCAA Tournament or the NIT.